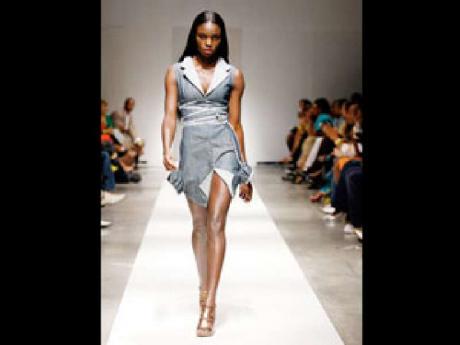 A few years ago, a beautiful young lady walked into Pulse headquarters on Trafalgar Road with the stated intention of becoming a model. At the time, there was no denying her striking beauty and potential, and as those in the 'industry' are wont to say, 'She's got the look'.

That shy-looking teenage girl was none other than the absolutely stunning Jeneil Williams. It has been a grand total of five years since she decided on taking charge of her own destiny by opting to pursue a career in the world of modelling. And since then, her documented rise to the top of the international world of modelling can be described as nothing short of meteoric.

Remarkably, Williams, who shot to modelling stardom, is still a remarkably focused and level-headed young lady. She is not given to tantrums and flights of fancy, and the entitlement behaviour and attitude many ascribe to models; or that many models have outfitted themselves in once they have hit the big time.

So phenomenal has been her success, however, that on Sunday night last, Pulse inducted Jeneil Williams into its Hall of Fame. This is no easy feat, considering her age, but there is no denying her the spot when her body of work is taken into consideration. Her credits include covers and editorials for publications such as Teen Vogue, I-D, Harper's Bazaar, Elle, W, Russian Vogue, Italian Vogue, French Revue Des Modes, Love, plus strutting for every major designer of note on all the major shows in the fashion capitals of the world.

1. Jeneil is a fitness enthusiast and enjoys working out daily, whatever her schedule.

3. She considers herself a very shy person, but also extremely confident, who loves entertaining and enjoys having friends over.

4. Although she has been photographed in black more than any other colour, her favourite colour is red.

7. Jeneil has a weakness for chocolate and red velvet cheesecake.

8. She is an outspoken individual and speaks her mind as she sees fit.

10. Wherever she is in the world, she enjoys waking up every morning and making fresh juice to start her day.