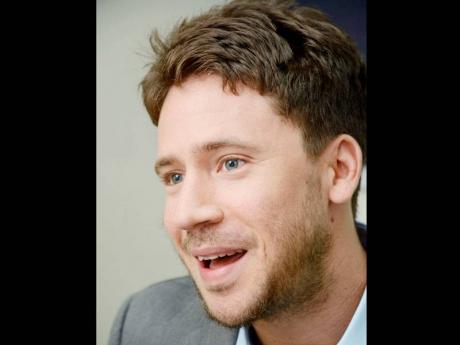 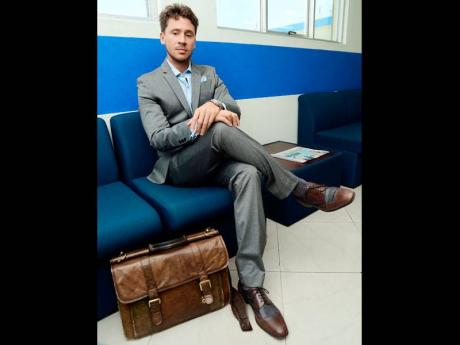 At the relatively tender age of 33, attorney and businessman Randolph Cheeks Jr has already achieved what many men do in their entire working lives. But he is not about to stop anytime soon. Following many successes in England, India and the United States of America, Cheeks felt the pull back to Jamaica and returned here in 2010.

At a time when many his age are grasping every available opportunity to put as much distance between themselves and Jamaica as possible, The Gleaner asked Cheeks why he traded big bucks in a First-World country for life in a country with the habit of retarding its own growth. No profound reason, really - he ultimately wanted to be based in Jamaica to contribute to its future development.

Happy with his decision to return home, he believes that Jamaica's future lies in its ability to attract back and retain its human talent. "If we can do this as much as we have exported that talent, we will elevate ourselves quickly. People like me will come home and innovate."

Following early education at Wolmer's Prep and Campion College, the high-achieving Cheeks completed his education overseas. Not surprisingly, he was accepted as a member of Jamaica's legal fraternity, once he applied. Always striving for excellence in his professional pursuits, Cheeks' wealth of international experience augurs well for his local practice. With a focus on the relatively uncharted niche of a technology background, legal and academic expertise supported by business analytical skills, his services will no doubt be in demand.

That combination of educational qualifications was earned from Ridley College in Ontario with a Canadian government scholarship before going on to the University of Sheffield in the United Kingdom to read for his law degree followed by a degree in economics, finance and business management from the University of London.

To equip himself for practice in England and Wales, Cheeks obtained his qualifying certificate of legal practice (with distinction) from the University of Westminster, London. His foray into the world of work started as an international business analyst, following recruitment by the internationally famous technology company, Thoughtworks Inc in Chicago, Illinois. He gained experience working with high net worth clients in India, Europe and the United States.

But Cheeks was pulled back to the legal profession with an offer from the London-based office of the Jamaican firm Myers, Fletcher & Gordon. That he described to The Gleaner in an interview last week as "my baptism by fire. I learnt how to manage and run all aspects of the firm and that was the start of my legal career," Cheeks said.

There began the development of his niche practice of commercial transactions with a technology base and having returned home in 2010, he has been responding to the demand. With so many legal issues of a cyber nature, Cheeks said, in today's digital/technology-driven world, it is important to be supported by counsel that understands this area of law. The leading innovative companies recognise the need for the service he offers.

He is happy that a Data Protection Act is now being looked at, as capturing and processing data will expose companies with a large database to unscrupulous persons. With this in mind, and with so many lawyers qualifying, Cheeks said he would advise some of them to look at this area. As companies roll out into electronically driven data, the need for legal coverage will grow.

To that end, and in partnership with one of his two brothers, Cheeks formed the company Auto Data - the Caribbean region's first electronic motor-vehicle history and value reporting system. Customers who are purchasing a vehicle can purchase a service that, by inputting a chassis number, makes them see its entire history.

Cheeks told The Gleaner that there are two categories of users of Auto Data: large commercial users such as insurance companies, who use it to track the history of second-hand vehicles and say what condition they are in, and credit unions that use it to aid in the loan-application process. The service is being sought after in Trinidad and there are plans to take it throughout the region. It can also be accessed via Advantage General Insurance Company. And, as a way of giving back to his country, Cheeks has also made it available free of cost to the police.

Cheeks also has a good litigation experience including involvement some high-profile Privy Council appeals from across the Caribbean region. He sits on the distinguished board of the Commonwealth Boxing Council (CBC), as Jamaica's representative. An ironic twist, considering his childhood tendency to get into fights while in prep school. But he later pursued amateur boxing and grew to love the sport.

As the representative of Jamaica's interests on the CBC, Cheeks is responsible for administering the Commonwealth title mainly by rating boxers across the Commonwealth, sanctioning title fights and ensuring compliance by regional boards.

"Jamaica has a voice at the CBC through me," he said, adding that he was called by former representative, William Tavares-Finson and asked to consider taking over the role.

The CBC meets twice yearly and the next AGM will be in November in London at the Commonwealth Secretariat. His role includes making sure that Jamaica is compliant with the rules of the council and giving legal advice when and where necessary.

The Gleaner enquired of Cheeks why he chose to make a contribution to boxing and not another sport? With characteristic candour he said that unlike golf and tennis, boxing offers an avenue for poor people to excel at a sport. "Jamaicans have the ingredients to perform at the highest level, but we need opportunities, we are naturally gifted and when you look at the stories of many great boxers, the success lives usually came from children who come out of difficult backgrounds," he said.

"With support and focus, our boxers can do well and I will work hard; and even if I help one boxer to be the next Lennox Lewis, hopefully, he will then pay it forward," noted Cheeks. Realistically though, there has not been overwhelming financial support for boxing, so Cheeks has high praises for the Wray & Nephew 'Contender' series that he says has re-energised the sport.

Cheeks opines that there is a cultural 'cancer' affecting our ability to grow in all areas, and he believes that, "Our biggest challenge is how to generate promotional activity so that our boxers can compete for sensible remuneration. We need to generate more regional activity."

More recently, Cheeks was invited to be part of the upcoming think tank for policymakers and academicians to address technology-focused issues. It will be held at the University of London. In his spare time, Cheeks loves to travel both locally and overseas to learn more about planet earth. He is married and has one child. For more information, visit, email: rcheeks@cheeks-co.com or the website: www.cheeks-co.com.