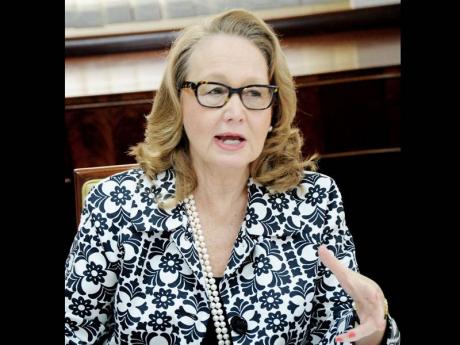 Joan Vogelesang, president and CEO of Toon Boom Animation Inc, believes the animation industry can be a real game changer in Jamaica.

"You really have to recognise that what we have happening now is extremely positive, the quality of animation coming out of Jamaica is higher than the quality from almost any other sort of developing area," said Vogelesang who was in the island to participate in Kingstoon, a two-day animation conference and festival held last week.

"I think we should be very proud of this conference. We really started less than four years ago to try to build a sector. Yes, there were little nuggets but we tried to let people understand that this is a sector that creates jobs and they could earn a good income from it," said Vogelesang of the conference which was organised by the Government of Jamaica, in collaboration with the World Bank and the Canadian High Commission.

Vogelesang who heads an animation company that, among other things, sells the animation software on which animated series such as The Simpsons, Family Guy, King of the Hill were created. She also noted that 80 per cent of Saturday morning cartoons, as well as a significant number of advertisements, are created using their software, knows the possibilities which exist in animation.

"One of the things that we have to be careful of when starting a new sector in a developing country is not to be negative about it. Things don't happen overnight. It took us nine years to get India to be a $2-billion industry. It takes a couple of years for people to build up the skill set," the executive said.

Vogelesang who moved from England to Jamaica with her parents when she was four, grew up in a Jamaica which she describes as brimming with creative talent.

"Growing up here was like paradise. It was completely safe. The second thing that Jamaica had was an incredible culture group of artists, musicians, dancers," she said, identifying individuals like the late Byron Lee and Rex Nettleford who were pushing the envelope on a worldwide level.

"They were creative world changers," she said. This level of creativity is what is being translated into the animation industry.

"So we're very encouraged because when you go in to develop India, China that intuition is not as evident as it has been here. There is a lot of creative intuition," she said.

She believes the next step for Jamaica regarding expanding animation industry is a two-pronged approached.

"My recommendation is we have a combination of outsourced work with local content. The reason for that if you can get the outsourced work then that creates a revenue stream while you get your local content up to a point where it is exportable internationally," she said adding, "One of the things you'll find, it's the same in India, Trinidad and anywhere else, everybody wants to do local content and they're very, very proud of it. The problem is you can't always sell it internationally. Now the local market at the very beginning is not going to pay enough so you know you've got this disconnect between great content but nobody is paying."

"What's happened in India is that recently the broadcasters have doubled the amount they pay for local content but a number of years ago they couldn't. It's going to be the same here," she said.

The animation industry is rivalling a number of traditional industries when it comes on to remuneration.