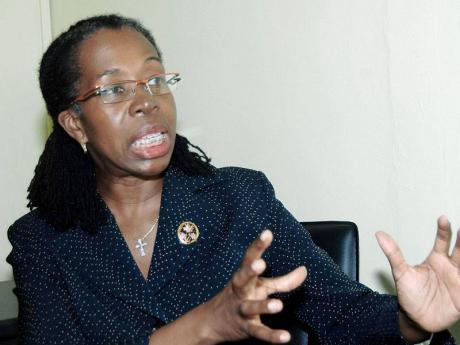 The Ministry of Education was in damage-control mode yesterday evening, after scores of parents turned up at the New Testament Church of God in Gregory Park, Portmore, St Catherine, to voice their displeasure with their children being placed at an unfinished high school.

The parents were up in arms over the ministry's decision to place their children in a school that is not yet complete. Many of them said they only found out about the Cedar Grove Academy after they received their students Grade Six Achievement Test (GSAT) results last week.

However, several technocrats from the ministry were on hand seeking to allay the parents' fears and address their numerous concerns.

Elaine Foster-Allen, permanent secretary in the education ministry, said the construction of the school was expected to be completed by the start of November.

100 students to start in Sept

The permanent secretary said school would be going ahead for the 100 new students come September.

"We will start with this church hall and basic school, and if we need to put up anything else, we will do so," Foster-Allen said.

However, this did not go down well with many parents who argued that their children were being short changed. They said the ministry should have informed them about the new school before making a decision to send their children there.

The parents also expressed concern over the preparedness of the institution being dubbed "a centre of excellence".

Chief Education Officer Grace McLean said the ministry was in a peculiar position as it could not have informed the parents of the GSAT results before last Thursday as that would have meant some parents would have had the results before others.

Dorrett Campbell, deputy chief education officer in the ministry, said steps have already been taken to secure management of the school. She said a board has already been put in place and they are in the process of interviewing candidates for the post of principal.

Campbell said that at least 12 teachers would be in place by the start of August.

In the meantime, she said a temporary administrative office would be opened on the church compound to facilitate parents' queries.

The Cedar Grove Academy is being build at a cost of more than $600 million. It will eventually accommodate some 1,200 students in 20 classrooms, with a teacher pupil ratio of 25:1.