CPJ, partners take on pork market in the Caribbean 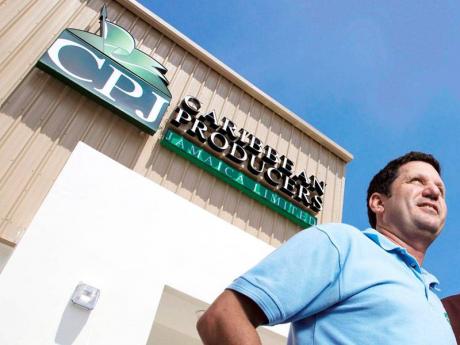 Caribbean Producers Jamaica (CPJ) has already made its first shipment of pork under plans revealed last week to boost its meat exports.

The pursuit of pork markets in the region follows a combined US$10-million investment by CPJ and its partners in the venture, described by Hart as the "largest investment in the history of the pork industry".

The pigs are delivered to and slaughtered by Sweet River, while CPJ packages the products for export as well as the domestic retail market.

"It's a combined investment of US$10 million. That is a strategic alliance that will produce local pork products. We are trying import substitution - where we offer an alternative to importing pork products," Hart said.

The pursuit of overseas market-expansion tracks with the commitment by CPJ to develop strategic partnerships, Hart said, as outlined in the prospectus for its initial public offer of shares on the junior stock market. CPJ went public in 2011.

The company's stock went through a rocky ride last week. It opened the week at J$2.45 and closed at J$1.81 on Friday, June 21. The stock has regained some value since and is now relatively stable. It closed at J$2 on Tuesday.

Hart blames a report in the press, which referred to a tax probe of a meat importer, for the stock's current performance.

"Stock prices go up and down. The reports are not correct but there might be a perception in the market that we are connected. People are calling and asking if it is us," he said on Friday.

"We are operating as normal with our Authorised Economic Operators (AEO) status and we are not aware of any probe in relation to evasion of duties and our AEO status is in place."

The AEO status allows importers to import specific goods without being examined by Customs.

"Obviously, there have been erroneous reports creating speculation but we have our AEO status in place," he said.

The comments reaffirm a statement issued to the stock market by CPJ on Friday. The company disclosed in the statement that it is in discussion with the Customs Department, but said it was for a mislabelled shipment of pork products from an overseas supplier.

"One of the suppliers of the company mislabelled a relatively small number of cases of pork products that the company inadvertently imported in a large container containing a total of approximately 500 cases of pork bellies. This matter is under discussion with the Customs Department and the relevant supplier has admitted its liability, which arose due to their error, and has offered to pay any fines on behalf of the company, which the company believes will not exceed J$1.1 million," CPJ said.

"Any other information published by the press in relation to the company's position as regards the Customs Act, including references to potential fines in the region of J$3 billion, is not correct."

CPJ is a food-service company and supplier of wines. Its main market lies in the hotel sector. CPJ says it sources its products from some 30 countries and imports thousands of unique items in up to 100 containers per month.

The Sweet River abattoir is operated by managing director Valdence Gifford and Henry Graham, who is also president of the Pig Farmers Association.

CPJ began exporting this year with St Martin as its first market.

"It was coincidence that we started with St Martin. But: "We have good relations there," Hart said.