Protoje grateful for 'Music from My Heart' tour 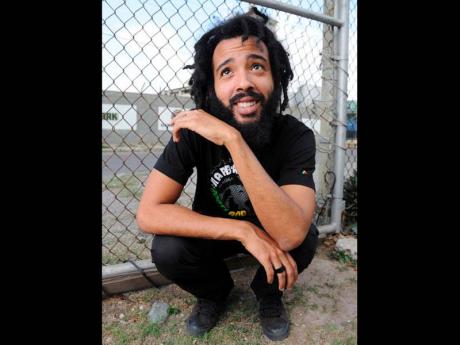 Protoje, currently on tour with his band, The Indiggnation. - Photo by Gladstone Taylor

Protoje & the Indiggnation kicked off its Music From My Heart tour with a performance at The Sierra Nevada World Music Festival, in California on June 22.Presenting a blend of roots rock and dub reggae, the group left an indelible mark on the stage with a freshness of style, combined with old school '80s reggae, holding the large crowd's interest from start to finish.

It was the first time they were performing as a group in California, and it was indeed a fantastic start to a US tour which ends June 29. A seven-week European tour follows.

The group, which comprises Donald Dennis, ace bassist popularly known as Danny Bassie; the very accomplished Jason Worton, whose style of playing is likened to Jimi Hendrix; the young genius, Paris Dennis, on keyboards; Peter 'Kongz' Samaru, drummer extraordinaire; and band leader, Kevin 'Zuggu' Patterson providing guitar skills, and exceptional vocals to complement those of the vivacious background vocalists Kerri-Ann Lewis and Shenae Wright, whose dancing prowess was a main attraction. They all dished up a performance worthy of praise.

Looking ahead, Protoje has expressed gratitude for being able to have the opportunity to perform with his band at 23 shows across nine European countries; Spain, The Netherlands, Belgium, France, Sweden, Switzerland, Poland, Slovakia and Germany.

Protoje feels strongly about Jamaican musicians maintaining a presence on a global scale and made the decision to tour with his band or not at all. He is of the view that our players of instruments should not be left behind, and he is grateful to the French booking agency, Music Action, for working with his vision for the music culminating in the extensive summer tour.

"I am particularly pleased, as I get to be a part of some mainstream festivals such as Lowlands in The Netherlands and Paleo in France. It's a joy to get to perform, for example, on the same stage with greats like Carlos Santana and Kendrick Lamar, and the fact that I get to be there with my band, The Indiggnation, makes it extra special and we will be giving our all everytime we touch the stage."

As Protoje & The Indiggnation fires up to bring Music from My Heart to the world in the Summer, a European fall tour is already confirmed for October and November, while Protoje has his sights set once again on the United States west coast and Canada for September.

'It's a joy to get to perform, for example, on the same stage with greats like Carlos Santana and Kendrick Lamar'