The BOJ's role in stabilising the economy 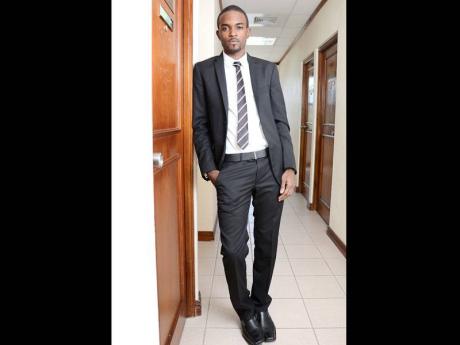 LAST WEEK, the US Federal Reserve (FED) announced it would have steadily reduced purchases of US Government securities and bonds, as well as gradually increase interest rates to normal levels later this year, going into early 2014.

The FED believes that the stimulus packages it has been implementing will soon be enough to propel the US economy towards full recovery.

The US dollar has been appreciating against most currencies in Latin America and the Caribbean. The Jamaican dollar, in particular, has been depreciating rapidly, closing at a record high of $101.28 to US$1 on Monday night.

Since the revelation of the financial crisis back in 2008, the US Federal Reserve has been administering expansionary monetary policy to complement fiscal policy, in the Government's aim to stimulate economic growth, reduce unemployment and maintain stable prices and exchange rates.

Monetary policy is the means by which the central bank (Federal Reserve or Bank of Jamaica (BOJ)) controls the money supply or the amount of money in the economy. The type of monetary policy administered depends on the objectives the country wants to achieve.

Fundamentally, like fiscal policy, monetary policy can either be expansionary (increasing) or contractionary (decreasing). Expansionary monetary policy is the process by which the central bank attempts to increase the amount of money in the economy by reducing interest rates, or purchasing bonds from governments.

Either way, more money is in circulation, which can have an impact on the level of output, the level of unemployment and the overall price level in the economy.

Conversely, contractionary monetary policy, is the process by which the central bank increases interest rates, or sell bonds to the government. When interest rates are high, it becomes more expensive for people to borrow. This reduces the amount of borrowing and, subsequently, the amount of money circulating in the economy.

1. Open-market operations: Here, the BOJ buys or sells bonds and securities in the open market. By so doing, it impacts the level of liquidity in the economy, the volume of credit available and the rate of interest.

For example, if you deposit $100 at National Commercial Bank (NCB) and the reserve requirement is 10 per cent, NCB will hold $10 of your money with the BOJ. A decrease in the reserve requirement means the commercial banks will have to hold a smaller portion of the deposits with BOJ, which means the commercial banks have more to lend consumers and the money multiplier is greater.

Using the same example, if the reserve requirement decreases to five per cent, then NCB will have to hold only $5 with the BOJ, this increases the amount of money they have left to lend and conduct day-to-day transactions. This should increase the availability of credit in the economy, thereby increasing economic activity.

What else does the BOJ do?

The BOJ has the task of complementing fiscal policy while, at the same time, balancing price stability and some sort of exchange-rate stability. The flexible exchange-rate systems administered in Jamaica allows the market to operate freely to determine the exchange rate. However, the BOJ intervenes from time to time, buying or selling foreign currency in an attempt to curtail exchange-rate fluctuations.

The central bank has been successful at this, to some extent, but is overwhelmed by the country's high consumption of imports, relative to exports.

The BOJ's policies are also geared towards maintaining price stability, designed to maintain inflation within a specified limit.