Marijuana not on minister's agenda 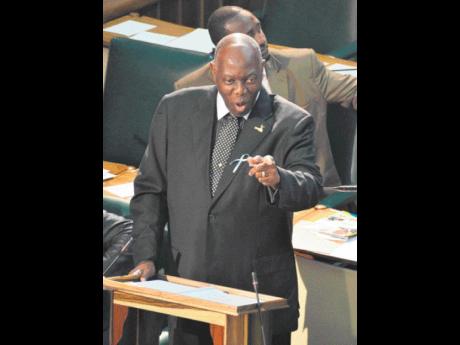 Ferguson: No other risk factor for non-communicable diseases can compare to the ill effects of tobacco use affecting both our adult population and our children

ONE DAY after announcing a ban on the smoking of cigarettes in public spaces, Health Minister Dr Fenton Ferguson has refused to telegraph the posture he will adopt should the call for the decriminalisation of marijuana gather steam.

"That is not on my agenda at this time. What is on my agenda in terms of tobacco is Article 13 of the Framework Convention on Tobacco Control, which speaks to advertising, promotion and sponsorship. That is on my mind," Ferguson said.

"What is on my mind (is) Article 15 of the Framework Convention as it relates to illicit sale of tobacco," he added.

Jamaica signed the convention in 2005. Article 13 of the convention states that a comprehensive ban on tobacco advertising, promotion and sponsorship would reduce the consumption of tobacco products.

There have been persistent calls for the Government to decriminalise the use of marijuana, a drug which researchers say has cancer-causing properties.

The Ganja Law Reform Coalition (GLRC) has argued that marijuana use is a sacrament to many persons and it is a plant with various uses, including environmental and recreational. They propose that, like tobacco and alcohol, marijuana should be taxed and regulated.

Meantime, Ferguson said while there are other factors contributing to the poor health of Jamaicans, his ministry is convinced that clamping down on smoking in public spaces will go a far way in reducing preventable non-communicable diseases (NCD).

The minister pointed to factors such as a lack of exercise, inappropriate nutrition and excessive use of alcohol, and said his ministry would be going after them too.

"We have some views as it relates to the fast-food industry, we have some views about getting labelling relative to certain contents in food. That is important to us. But tobacco is the one that a little bit of smoke, a little puff every now and again is dangerous for you," Ferguson said.