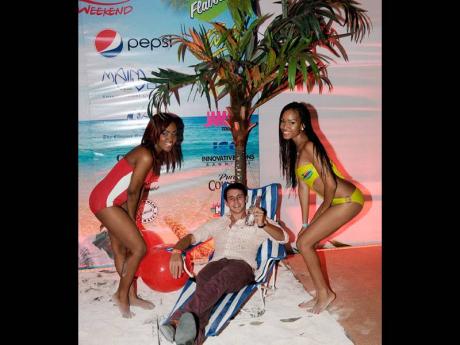 This lucky patron at the Smirnoff Dream Weekend launch party at Caymanas Estate, St Catherine, last Saturday, was early to the beach with great company to boot. - photos by Winston Sill/Freelance Photographer 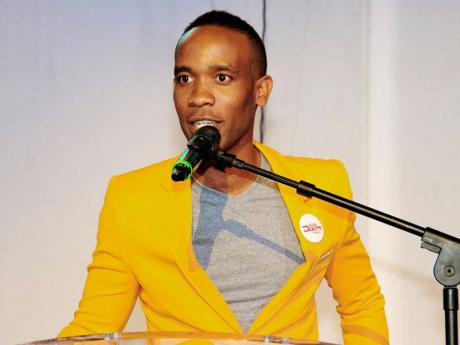 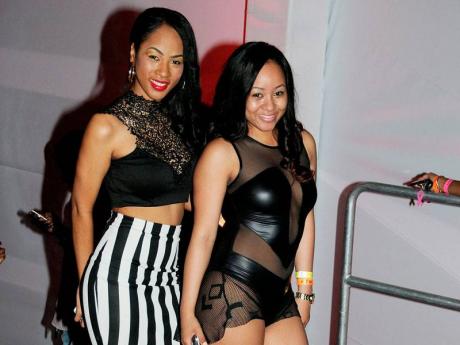 The sights at Smirnoff Dream Weekend's launch party speak volumes for what the weeklong event has in store. 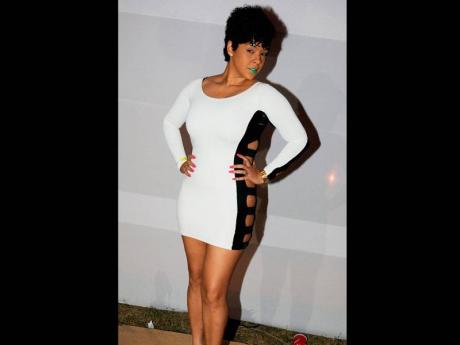 Danielle DI made her presence felt at the Smirnoff Dream Weekend launch party.
1
2
3
4

With Dream Weekend a little over a month away, the promoters of the event say they have a lot in store for partygoers in August.

Speaking with The Gleaner, brand PR manager for Red Stripe, Kamal Powell, said this year's Dream Weekend will be "extraordinary, super special, yours for the making".

He said consumers are being encouraged to visit the Facebook and Twitter pages to tell the promoters what they want for this year's staging.

"We want to deliver what our consumers want," he said.

"Smirnoff Dream Weekend owns Negril this year, so we have everything for our consumers. The best specials, the best drink and we launched Smirnoff Red Berry just in time for Dream Weekend."

Ron Burke, one of the promoters of Dream Weekend, boasted that "Dream Weekend is the number-one music festival in the Caribbean. Expect nothing but the best."

For the event that will cost $25,000 for each armband, several events will be held from August 1 to 6. The list includes Dream Live Concert, Beach Rave, Twisted Spiritz, Daydreams, Yush, Xtreme Wet 'n' Wild, Bere Vibes, Xclusive, Miami J'Ouvert and Igloo.

At the launch of the event on Saturday at Caymanas Estate, St Catherine, patrons got a taste of what is likely to happen in Negril in the form of Larger Than Life.

In one half of the venue, there was Yush, while the other side came alive with Twisted Spiritz.

At Yush, Kurt Riley gave a mature offering with some older reggae and dancehall songs, while Bass Odyssey also added its touch to the event.

However, for most of the night, the higher energy seemed to come from Twisted Spiritz with Coppershot Disco and Dutty Dex at the controls.

With the music pumping at near-deafening levels, Coppershot entertained with Neyo's Tonight, Live Your Life by Rihanna and TI and Konshens' Winner on a hip hop rhythm.

Later in the night, patrons danced to soca songs like Bunji Garlin's Differentology and Allison Hinds' Roll It Gal.

By now, there were reports of heavy traffic on Mandela Highway en route to the event. With the numbers increasing at the party and the spaces in the venue reducing rapidly, Coppershot continued to move the crowd with songs like Jah Bouks' Angola, Christopher Martin's Cheater's Prayer and Tarrus Riley's Never Leave I Jah.

Dutty Dex came later with a few songs from Backstreet Boys and N'Sync. He had people dancing to Sisqo's Thong Song and 50 Cent's Many Men.

"All who believe seh Kartel fi free put up unuh hand," the selector said, before playin a string of Vybz Kartel songs, including Jersey and Sweet To The Belly.

Mavado, Aidonia, Chronixx and Munga were also included in the mix. The energy on the dance floor reached fever pitch with Aidonia's Jockey and Gaza Slim Independent Ladies.

Dutty Dex returned and had people doing dance moves like Sesame Street and Crazy Hype, but it was Coppershot that made the women go crazy with a string of songs from RDX such as Kotch, Broad Out and Jump, which were obvious favourites. Konshens' Siddung was also a hit among patrons.