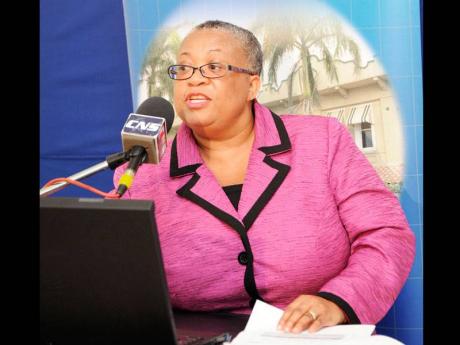 The Jamaica Stock Exchange (JSE) aims to raise J$107.8 million to retire debt and offer new services, according to its prospectus for an initial public offering of its ordinary shares.

The public would own over 19 per cent of the company in a fully subscribed offer, translating to 27.4 million public shares at J$2.85 per unit.

Additionally 3.8 million staff reserved shares are on offer at J$2.55, while a final tranche of 7.01 million shares is available to the lead broker Stocks & Securities Limited at J$2.85.

JSE is owned by its member dealers. Each broker holds about 9.0 per cent interest, which will dilute to 7.2 per cent following the listing.

The IPO is open to subscription from July 5-9.

The prospectus indicated that the IPO proceeds would go towards the "retirement of debts" and for the "design and facilitation of planned and other new product offerings".

The company held J$50 million in non-current liabilities as at March 2013 compared with J$108 million a year earlier, according to its financials.

The JSE did not discuss in its prospectus any new services being contemplated. The exchange has provided a trading platform for equities since 1969, with 34 stocks currently listed on the main index, and 17 on the junior market which started in 2009. The main stock includes one listing on the US Dollar Market which launched in 2011.

The JSE last week launched its bond trading market, for which there is currently no listing prospect.

The IPO follows the redemption of 33 million JSE preference shares that raised J$66 million for the JSE in 2008 and were listed on the exchange. The prefs were redeemed a month ago on May 31.

The exchange recorded a stellar performance in its 2012 full year with profit at J$185 million from J$504.3 million of revenue, which actually surpassed its previous revenue high of J$470 million in financial year 2008.

The rise was due to increased activity arising from the takeover of Lascelles deMercado & Company Limited (LdM) by Trinidad-based Angostura Limited in financial year 2008, and the December 2012 takeover of LdM by Campari Espana.

In normal years without extraordinary events, JSE's revenue has ranged from J$158 million to J$256 million.

"The company occasionally benefits from increased cess income as a result of such exceptional trading events, including the more recent takeover of Lascelles de Mercado by Campari Espana S.L., and Jamaica Money Market Brokers' acquisition of Capital & Credit Financial Group," said the prospectus.