Andrews under pressure for INSPORTS failings 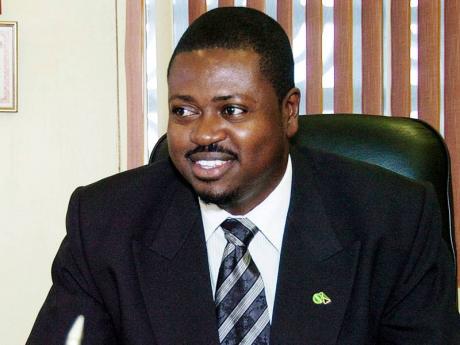 The hard-hitting Public Accounts Committee (PAC) of Parliament yesterday turned up the heat on the executive director of the Institute of Sports (INSPORTS), Ian Andrews, for failings reported by the Auditor General's Department (AGD) in a performance audit of the agency.

The AGD said this resulted in unauthorised payments of $24.6 million for the period June 2007 to June 2011.

Committee Chairman Audley Shaw wanted to know whether the internal auditor of INSPORTS had raised a red flag in the absence of annual performance appraisals.

Andrews said this was not detected by the internal auditor, eliciting a sharp response.

"Falling down on the job," Shaw scoffed. "A lot of slackness been going on there. We have to admit that now. Slackness!"

He added: "Ultimately, it is the chief executive officer who has administrative responsibility to make sure that these things are being done. The buck stops somewhere."

Commenting on the decision to reclassify 13 of 14 staff members who were appraised in 2007, Andrews said from as far back as 2006, there were employees who said they had not received any increments or promotions.

Andrews said some members of staff were "doing two people's jobs" as positions had become vacant and had not been filled.

Shaw intervened: "What does that have to do with the executive management of the organisation? Performance appraisals are a standard management procedure, a management tool, regardless of whichever government is in power, Mr Andrews."

"I agree with what you are saying, sir," Andrews replied.

"We have started to do our performance (appraisals) since the audit," the INSPORTS executive director added.

But Shaw was not satisfied with his response.

"Very untidy, very untidy. This matter should be subject to surcharge," he said.

However, Hope Blake, deputy financial secretary in the Ministry of Finance, told the committee that surcharge could not be applied in this instance as it was the workers who had suffered loss and not the organisation.

"What about administrative negligence?" Shaw questioned.

In another breach, Shaw queried why the agency did not prepare its quarterly performance report.

Said Andrews: "We were delinquent. I'll admit that, sir, but we have now recognised it was an oversight."

It was reported that the Ministry of Finance retroactively approved the reclassified positions which were the subject of the AGD audit.