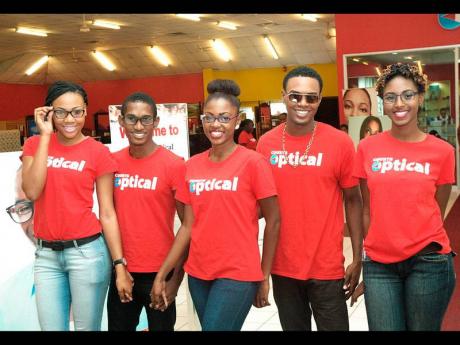 'All eyes on me!' The Courts Optical models rocking fashionable, stylish and affordable frames from Courts Optical.Contributed Photo 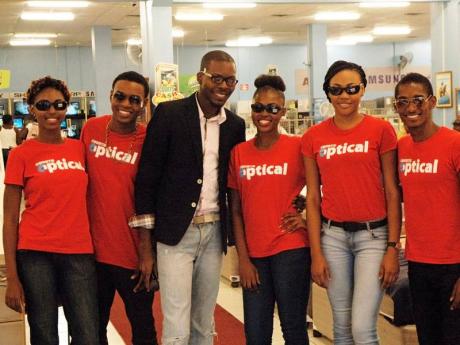 Courts Optical has been showcasing its wide range of stylish, affordable and designer frames through a series of eyewear fashion shows over the past three months.

The eyewear fashion showculminated last Saturday after a two-day event at the newest Courts Optical store in Portmore, St Catherine. The eyewear shows were well supported by patrons, and numerous persons came out to benefit from the free eyetesting.

The previous eyewear shows were held at Courts Optical at Courts Constant Spring and Cross Roads in May.

An air of excitement pervaded the store with many cash voucher giveaways, that patrons could put towards the purchase of theireyewear. The red carpet was also abuzz with activity, with eyewear shows throughout the day highlighting the newest and most trendy looks in eyewear from the classic Ray Ban Aviator shades that are sure to 'jazz' up any summer outfit to the modern and stylish Vera Wang embellished frames to add a touch of glamour to any outfit.

And for the uncertain eyewear shopper looking for expert advice on choosing the best frame for their face, there was in-house image consultant Damian 'DJ' Shaw, also known as 'Mr Image', to providepersonalised tips on choosing the right frame to suit your lifestyle and personality.

Courts Optical is owned and operated by the management of Unicomer Jamaica Limited, the same company that manages the largest furniture and appliance retail store in Jamaica.

The first store under the Courts Optical chain was opened last November at the newly renovated Courts Constant Spring store; the second store was opened in January at Courts Cross Roads and the third was opened at the Courts Portmore store in February.

The company anticipatesopening at least three moreoptical stores before the end of the year.