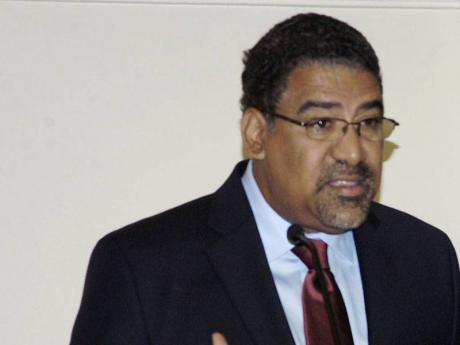 DESPITE A major push by the Government to reduce its dependence on fossil fuels to drive energy on the island, the tourism ministry is embarking on a major lighting project which will involve the use of non-renewable energy.

Tourism Minister Dr Wykeham McNeill said technical personnel within the Government have advised against the use of solar panels for the lighting of the 'Elegant Corridor' in Montego Bay, St James.

"The discussion has been between LED lights and solar. We put it to the technical persons, the (National) Works Agency, and the persons at the technical level. I personally prefer the concept of solar lighting, but … given all the considerations, this was the recommendation that they made," McNeill said.

The minister, who was responding to a question posed on the issue during yesterday's Jamaica House briefing, said, "It was something that went through a great technical discussion."

McNeill announced on Tuesday that $400 million was being taken out of the Tourism Enhancement Fund for the project, which involves 27 kilometres of roadway along the north coast highway, which extends from the roundabout at the Sangster International Airport going east to Lilliput.

"The project's design is completed and ready to go to tender.LED lighting, powered directly from the national electric grid, will be used," McNeill said.

The Gleaner understands that the lighting on the Elegant Corridor utilises a similar configuration to that used on the Bogue Road in St James and the Washington Boulevard in St Andrew.

Studies have suggested that the use of LED bulbs results in approximately 50 per cent savings when compared with high-pressure sodium lights.

In its 2011 election manifesto, the People's National Party (PNP), of which McNeill is a senior member, said it would be replacing the country's street lights with solar-powered lamps.

The party said that as part of a move toward energy efficiency on the island, it would lead a national public-education campaign in relation to the reduction of the use of electrical energy.

According to the PNP, two principal measures in achieving this outcome would be "the switching over of its 90,000 street lamps to solar photovoltaic lights with the immediate effect of lowering its electricity bill" and "mandating the increased use of renewable sources of energy and the increased use of energy-efficient equipment and processes in government agencies and departments".