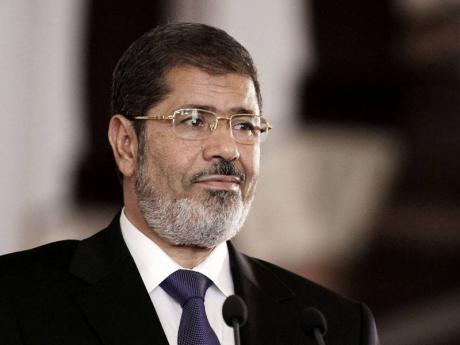 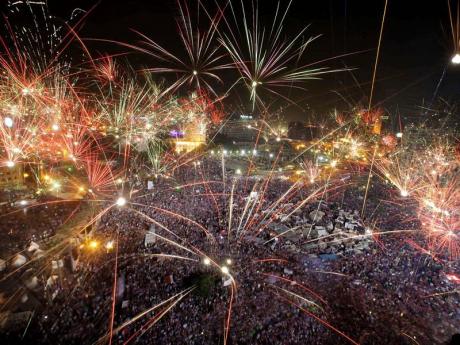 Fireworks light up the sky as opponents of President Mohammed Morsi celebrate in Tahrir Square in Cairo, Egypt, yesterday. 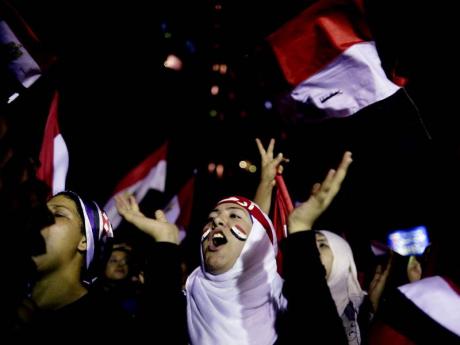 The armed forces ousted Egypt's first democratically elected president yesterday, after just a year in power, installing a temporary civilian government, suspending the constitution and calling for new elections. Islamist President Mohammed Morsi denounced it as a "full coup" by the military.

After the televised announcement by the army chief, millions of anti-Morsi protesters in cities around the country erupted in delirious scenes of joy, with shouts of "God is great" and "Long live Egypt".

Fireworks burst over crowds dancing and waving flags in Cairo's Tahrir Square, epicenter of the 2011 uprising that ousted autocrat Hosni Mubarak. Now it was one of multiple centres of a stunning four-day anti-Morsi revolt that brought out the biggest anti-government rallies Egypt has seen, topping even those of 2011.

But the move potentially throws the country into further confrontation.

Moments after the army's statement, a statement on the Egyptian president's office's Twitter account quoted Morsi as saying the military's measures "represent a full coup categorically rejected by all the free men of our nation".

Morsi has insisted his legitimacy as an elected president must not be violated or Egypt could be thrown into violence. Some of his Islamist backers, tens of thousands of whom took to the streets in recent days, have vowed to fight to the end.

"Down with the rule of the military," some of them chanted after the army's announcement, reviving a chant used by leftist revolutionaries during the nearly 17 months of direct military rule that followed Mubarak's removal.

The army has insisted it is not carrying out a coup, but acting on the will of the people to clear the way for new leadership.

Shortly before the announcement, the army deployed troops, commandos and armoured vehicles in cities around the country. In Cairo, they stationed on bridges over the Nile River and at major intersections. They also surrounded rallies being held by Morsi's supporters - an apparent move to contain them.

Travel bans were imposed on Morsi and top figures from his Muslim Brotherhood, including its chief, Mohammed Badie, and his powerful deputy, Khairat el-Shater.

At least 39 people have been killed in clashes since Sunday, when the mass protests against Morsi began - hiking fears that greater violence could erupt when the final move was made against him. Street battles in the Nile Delta city of Kafr el-Sheikh yesterday left at least 200 people injured.