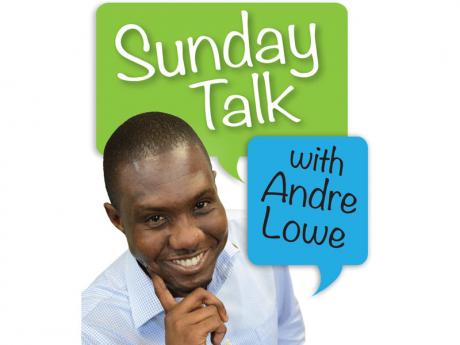 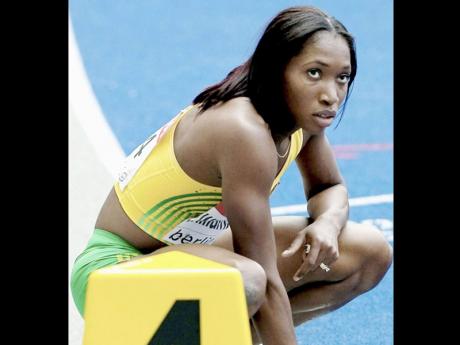 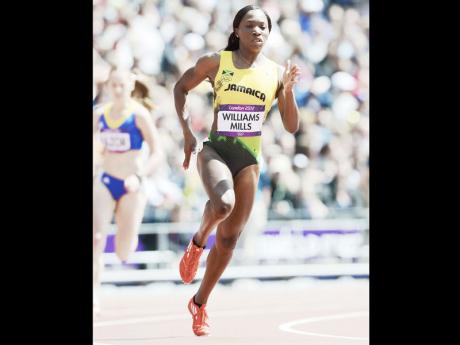 Jamaican quarter-miler Novlene Williams-Mills has always been regarded as a fighter on the track; turns out that she is an even bigger fighter off if as well. The veteran recently broke her silence after a year-long fight with breast cancer.

Its been a rough journey for her, one of great struggles, but and even greater victories. She took some time to speak to us about her experience and how it has changed her life.

(Andre Lowe): Ok Novlene, let’s start by hearing a little more about yourself; where you grew up, your family, school and of some of the early experiences that changed your life.

(Novlene Williams – Mills): I'm 31 years old, I train and live in Florida with my wonderful husband, Jameel, of five years. I grew up in Gravel Hill in St. Ann and went to Ferncourt High School. I am the seventh out of nine kids for my parents. I used to run a lot at our All Age school sports day so that I could get all the medals because I thought it was so much fun because at that time, no other kid could beat me.

(AL): A bronze medal in the 400m at the Osaka World Championships in 2007, do you feel that you still have it in you to get that elusive individual gold medal at a major championship?

(NWM): Yes I think I have what it takes to get a gold medal at a major championship because over the past year I have grown to become a fighter and it gave me that extra motivation to push just a little bit more. It makes me want to become a better person and athlete and therefore it gives me that drive to continue pushing because let me be honest, when you go into a race, you are not going to come second or third, but to win

(AL): You were female team captain at the London Olympic Games, what did that mean to you?

(NWM): It was a lot a great honour for the members of the management team to look at me as a role model and as a person that they could trust to lead the team; it was really special.

(AL): You recently came public about your experiences and fight against breast cancer, what made you decide to finally speak about it?

(NWM): You know I have battled with this for a while, whether or not I should come public because I am a private person and I don't live my life in the spotlight, so after talking to my family and close friends, it’s something they encouraged me to do. The believe with what I went though, someone reading it can be helped and for me, my main goal was to encourage females - young and old, if they never have a mammogram done before, go get one because early detection saves lives and for someone else that’s maybe struggling with something in their life, if from reading my story they get some help, then I will be glad.


(AL): How difficult was it for you to open up about cancer for the first time?

(NWM): It was very difficult and very painful. It is like living a chapter of your life that you don't want to open, it opened all the wounds and brought back all the gut-wrenching feelings.

(AL): You got diagnosed on June 25, 2012, which means that you competed at the Olympics knowing that you had this issue. What was it that pushed you to go out and compete and how difficult was that for you?

(NWM): You know you train four years for the Olympics and for a moment it feels like ‘Yes I am ready to go to the game and compete’ and in a minute, the possibilities of that gets taken away from you. It was a hard pill to swallow. But my wonderful husband was there to push me and he encouraged me to give it a chance because my surgery was not until after the games and that it may help take your mind off the surgery. With him in London to cheer me on, was a great feeling. With all that, I still could not do it without the support of my friends that kept me going all the way.


(AL): What were your first thoughts when you were diagnosed?

(NWM): I thought that they were wrong, that they were telling me about someone else because there was no way that it was possible. I was shocked and in disbelief

(AL): Did death ever cross your mind?

(NWM): I would not say it did because when you starting thinking that way it makes it so much harder for you

(AL): Has this experience inspired you to become involved in breast cancer awareness advocacy?

(NWM): Yes because I want people to know that cancer does not belong to a certain race, age or colour. I want them to always be aware of their bodies and don't be afraid to talk to their doctors; they know their body best and in case it happens to anyone of them, I want them to know that it’s not the end of the world.

(AL): How do you plan to use this experience to help others?

(NWM): By trying to encourage as much people as possible to go get their mammogram done. It’s not the best thing in the world but I rather they get it done and their lives can be saved.

(AL): You also lost a sister to cancer, how did that change your life or what impact did that have on your own ordeal?

(NWM): It change my life a lot because we take life for granted and one minute you are here and the other you are gone. After I lost my sister, it was hard getting back on the track because I felt like a piece of me had being ripped apart; I felt so empty.

(AL): You have been married for five years and you have spoke of your husband’s support throughout. How big a role did he play and how important was his presence?

(NWM): Oh my gosh! He was my hero, my nurse, my shoulder to cry on; he is my everything. From the moment I left the room for surgeries and when I woke up, he was always there by my side no matter how hard it got, he was right there to tell me it was ok and that I was going to be ok.

(AL): How did you manage to do all of the treatments and surgeries and still commit to your training and competition?

(NWM): It was hard. I would go to training and then leave for my doctor’s appointments because no one knew what was going on. I did not do too much competition when I found out first though; I did the national, Paris (Diamond League) and the Olympic Games.

(AL): Would you say that track and field helped you to get through this challenge as well?

(NWM): Yes I would say it helped a big deal because I used it as a distraction from what was really going on. If I could get two hours out of the day to train, I felt better but as competitors, we learn to fight to the finish line and that was the spirit that I had to bring with me once the process started. I was competing against my own body.


(AL): You also decide to do a double mastectomy. How difficult was it for you to make that particular decision?

(NWM): It came down to choosing between what makes you a lady or life but looking back, it was still not that simple. When I started this process I was like ‘I don’t want to loose my breast,’ but when it was all said and done the thing I wanted to keep the most it could have been the same thing that could take my life. But it was still hard because I still wanted to feel like a lady - one that my husband would still love, because he met me when I had both breasts, so it was not wrong of me trying to save them.

(AL): Novlene, challenges like the one you have faced, often force individuals to change their philosophy on life. How has your experience with breast cancer impacted your outlook and philosophy?

(NWM): For me, I look at life as one minute we here and another minute we are gone. One minute the dream that we have can slip though our fingers and we have no control over it, so while we are still here and have the people that we love, cherish them, enjoy life and don’t take life too seriously.

(AL): If you could point to one thing that kept you going, what would that think or person be?

(NWM): God Himself, because I believe he has a purpose for me. Also my husband of course, family and my supportive friends.

(AL): What are your plans after track and field, have you decided how you are going to spend your days when you retire?

(NWM): I have not decided yet but I want a family, so maybe spend some quality time with my family for all the time that I am always away from home.


(AL): What is your advice to victims of cancer or other life threatening diseases?

(NWM): Don’t ever give up, there is so much in life still there for you to enjoy. There will always be hard days but believe that there is light at the end of the tunnel; fight to the very last, never ever give up even when it seems too hard, you will always find a way out.

Thank you Novlene. Your story is already such an inspiration to so many and I am sure your bravery will continue to touch lives all around this world.

“You can’t put a limit on anything. The more you dream, the farther you will get.”