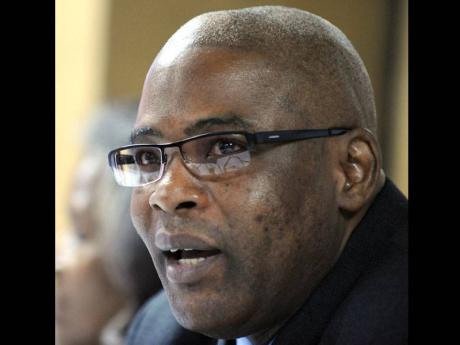 The National Environment and Planning Agency (NEPA) has put the brakes on the agro park project at Amity Hall in St Catherine, citing environmental breaches and ordering that immediate remedial steps be taken to mitigate the impact.

Peter Knight, chief executive officer of NEPA, yesterday confirmed that Agro-Investment Corporation (AIC), the implementing agency for the nine agro parks to be developed in St Catherine, St Thomas, Clarendon, Trelawny, Manchester, and St Elizabeth, had been served with a stop order in respect of the Amity Hall project.

Knight explained that the breaches were of such magnitude that the Natural Resources Conservation Authority (NRCA), during its last meeting, decided not to grant the environmental permit, and as a result, NEPA had issued a cessation order as well as an enforcement order, both of which were issued on June 19.

NEPA's decision was also informed by a site visit to Amity Hall, according to the CEO.

"Our team recognised that AIC and/or its agents went ahead and acted outside of the clear instructions that they were given, including impacting on the riparian zone," Knight shared with The Gleaner.

A riparian zone is the interface area between land and a river or stream. For this reason, plant habitats and communities along the river margins and banks are called riparian vegetation and play a significant role in maintaining soil conservation and habitat diversity.

AIC has since appealed the decision but cannot legally engage in any of the activities for which it was cited until a final determination has been made on the matter.

The cessation order, addressed to Everton Spencer, CEO of AIC, prohibits it from carrying out any adjustments to the river basin without an environmental permit, directing that all such activities cease with immediate effect.

In addition, the enforcement order directs the agency to take steps to ameliorate the effects of the activity, and where appropriate, to restore the natural resources to their condition before the activity takes place.

NEPA has accused the agency of clearing the riparian vegetation on the embankments of the Black River in Amity Hall without mitigating measures to prevent the entry of soil and sediments into the river.

Further, it has expressed concern that subsequent siltation will smother aquatic wildlife such as fisheries, crustaceans, and plants in the river.

NEPA argues further that the soil and sediments that get into the river channel will eventually flow into the marine environment at Galleon Harbour, causing siltation and the smothering of coastal resources (seagrass), which will result in their death and subsequently that of associated marine life.

Located near Old Harbour Bay, Galleon Harbour is one of the fish sanctuaries which fall within the Portland Bight Protected Area.