It's homelessness, NOT rowdy gays! 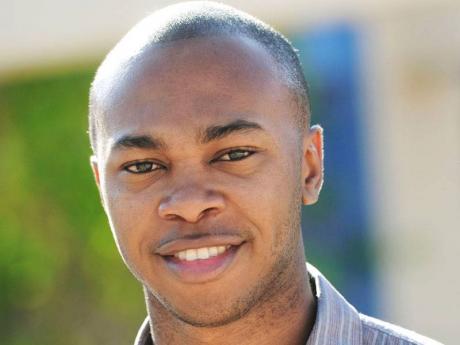 THERE WAS an ostentatious celebration when the police removed some young men - about 16 of them - who have nowhere to sleep from a property in Millsborough last week. The delight was palpable. If we had enough drums and vuvuzelas, we would probably be worse than the "rowdy gays" as we celebrated the demolition of a perfect(?) house that could have been donated to the Women's Crisis Centre. It's a shame there wasn't a proclamation for a national holiday to extol our uncaring and intolerant attitudes towards the poorest and most vulnerable Jamaicans.

The callous way in which we address this vexing issue of homelessness is beyond disturbing. We evict people from abandoned buildings/lots and pretend the issue is somehow resolved. What does eviction leave the homeless to do except find another of the many abandoned buildings across the corporate area as their new home? You might recall, a few months ago, these same young men were the scorn of the Golden Triangle and New Kingston communities until they migrated to Millsborough to find another (safe) place to sleep.

All of us, regardless of our socio-economic status, gender, behaviour, sexual orientation, (or even criminality), have a right to shelter and need somewhere to sleep. We cannot continue to skirt around the issue of homelessness and use antisocial behaviours and criminality as an excuse to not develop appropriate solutions. Turning up our nose, lifting our frocks, and passing the homeless or turning our heads is not a solution. And occasionally giving them a little change is a temporary fix.

Evidently, this is a recurring problem, but it has escaped our sensibilities and compassion. For the last two or so years, the behaviour and sexual orientation of this group of young people, who are part of a population of nearly 600 homeless people in Kingston & St Andrew (who the Poor Relief are aware of as at March 2012), have taken the 'spotlight' from their plight.

People become homeless for a variety of reasons. These young men are homeless because of anti-gay attitudes they experienced in their homes and communities. According to Dane Lewis, J-FLAG's executive director, "Their circumstances are largely the consequence of abandonment, cruelty, and hostility from those who should love and care for them, including state and other social and welfare services." The organisation says about 60 people have reported being displaced from their communities in the last three years. In 2012 alone, there were 18 cases - all involving young males under 18 years. Apparently, this isn't a problem.

Generally, people - NOT GAYS - are considered homeless because they 'reside' in places not suitable for human dwelling, in a shelter or transitional and supportive housing and evicted from their home with no alternative. About a year ago, several families who were squatting around Beeston Street in Downtown were made homeless and left in the cold in the rainy season - some, 'luckily', under a tarpaulin, to sleep. But many of us have convinced ourselves that the young men are a problem - that they are different from others who are homeless. As if begging, squatting and stealing is not commonplace among the overwhelming majority of people who have nowhere to sleep and nothing to eat. Perhaps they are too visible. I'm sure there were similar sentiments when street people staged a protest at Jamaica House several years ago.

Any well-thinking Jamaican would consider this to be quite inhumane and be more interested in mitigating the vulnerabilities that lead people to become homeless while providing housing solution - not their sexual orientation.

An examination of the national response to homelessness would reveal how ill-equipped we are to deal with the growing population of people who are homeless. According to information obtained, our response is hindered by limited funding, lack of policy to secure housing for the homeless, limited access to social safety net, poor attitude of communities and people towards people who are homeless, an ad hoc system of care, lack of a policy on homelessness, and limited access to social programmes. Homeless people who are living in established shelters benefit from programmes that support their rehabilitation, training, treatment, personal hygiene, and reintegration to their homes, among other things. These young men, who so happen to be gay, do not necessarily benefit from such programmes.

Our problem isn't a clan of homeless gay men marauding in our communities. Young people who have nowhere to sleep should never become a public spectacle. We should all be focused on collaborating to develop an appropriate policy and programmatic response; make land available and affordable to the homeless, either individually or as members of viable communities; and establish more, or increase the capacity of shelters to provide housing for persons who are homeless.