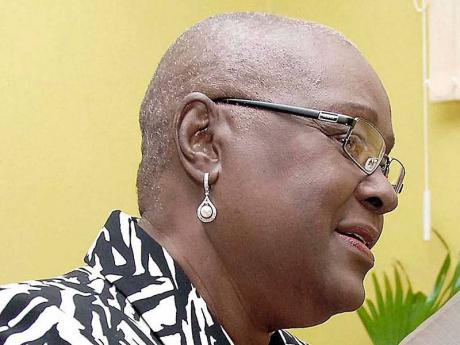 HINCHCLIFFE: The Jamaica Foundation for Lifelong Learning has shifted its focus and is now turning the spotlight on assisting those who did not complete high school.

With Education Minister Ronald Thwaites reporting that some 22,000 students might be leaving secondary schools without any form of certification this year, and some 75 per cent of applicants failing to qualify for programmes at the HEART Trust/NTA each year, a new programme has been launched to help certify this section of the population.

The Jamaica Foundation for Lifelong Learning (JFLL) has thrown a lifeline to persons who have left the education system without any form of certification.

The JFLL said it would be rolling out the High School Diploma Equivalency (HSDE) programme in the next school year.

Thwaites said the new diploma would offer those who have been on the margin a chance to become qualified with a skill and core subjects such as English, mathematics, science and technology.

Thwaites said the programme would also go a far way in reducing the level of unqualified persons in the workforce, which would, by extension, increase productivity.

Audrey Hinchcliffe, chair of the JFLL, said the new diploma forms part of the nine-year-old foundation's new focus, which is to increase the number of adult learners across the country.

"JFLL has shifted its focus and is now turning the spotlight on assisting those who did not complete high school - whether they had the opportunity to attend or not, whether they are now employed or unemployed - to be certified," Hinchcliffe said.

Speaking during a press conference yesterday, Hinchcliffe said the HSDE would now become the JFLL's flagship programme and anyone wishing to become qualified could enter.

The diploma has been developed in conjunction with the education ministry, the Caribbean Examinations Council (CXC), e-Learning Jamaica, the Jamaica Library Service, and HEART Trust/NTA.

The ministry has been tasked with the development of the curricula, while CXC would be responsible for programme testing to ensure the diploma is in keeping with international certification standards.

The HSDE will be delivered through the JFLL's 29 adult-education centres across the island, along with private partners.