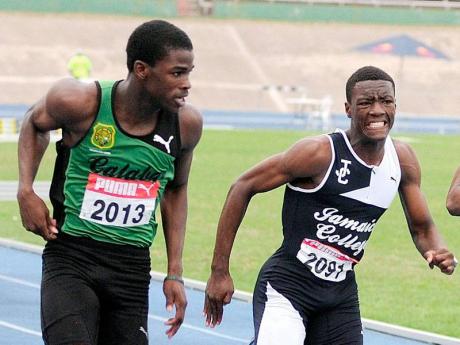 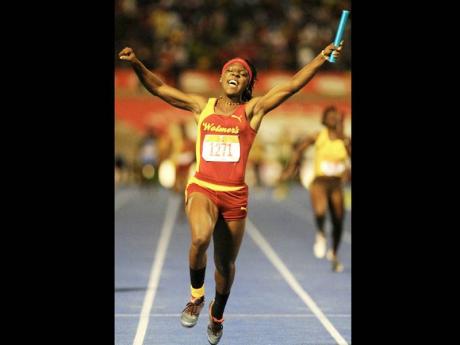 Jamaica's sprinters and sprint hurdlers will be the focus, as the 2013 IAAF World Youth Championships medal hunt cranks into gear, inside Donetsk's RSC Olympiyskiy.

With the 100m and 100m hurdles semi-finals and finals today, six Jamaicans will be in positions to book their spots in the medal round and then challenge for podium spots.

Waseem Williams and Michael O'Hara are the respective third and fifth fastest qualifiers heading into today's boys' 100m semi-final, set for 10:45 a.m. (Jamaica time), while the girls, Saqukine Cameron and Jonielle Smith, despite finding things a bit more difficult, were also safely through to their semi-finals.

A relaxed Williams was smooth and easy, winning his heat in 10.66 ahead of Cornelius Van Rensenburg (South Africa), 10.96, and Italy's Francesco Tarussio, 11.08.

"The race was pretty easy; I held my drive phase like the coach told me to, followed through to the next two phases, no pressure," said Williams after his heat. "I have trained hard and just being here alone is a big accomplishment for me."

"I didn't get the best of starts as usual, I had to put in a little more than I wanted here today, but it was a good race. I will be ready to turn on the turbo, but I know I have to get the start right for sure if I am to win the gold," O'Hara said.

Among the females - hampered by a false start a few minutes prior - Smith struggled out of the blocks, but managed a 12.13 second-place finish in her heat and automatic qualification to today's 9:50 a.m. semi-final, while Cameron also had issues, finishing third in her heat with a time of 11.90.

"I was very nervous and I really didn't feel like I was warm enough, but I really wasn't prepared, I was only training off the curve (for the 100m). Each time I race I improve, so I am expecting to do much better in the next round," said Cameron.

Marvin Williams is the fastest qualifier in the boys' 400m hurdles, this after shaving two seconds off his previous personal best (53.41), winning his heat in 51.33.

His St Elizabeth Technical High School classmate and namesake, Okeen Williams, was also in good form, winning his heat in a season-best 52.11 with something to spare. Both youngsters will line up in today's 11:40 a.m. semi-final.

Andrenette Knight is also through to the semi-finals of the girls 400m hurdles after finishing third in her heat in 1:01.25.

Paula-Ann Gayle, 42.63m in the girls discus, and Tamara Moncrieffe, 12.48m in the girls triple jump, both missed qualifying for the next round, while Demar Gayle, despite a personal best 18.34m, also failed to advance in the boys' shot put.

Christoffe Bryan will line up in the boys' high jump qualifiers today at 9:10 a.m., while Isheka Binns and Rochelle Frazer will get things started in the girls shot put at 1:15 a.m.

Jaheel Hyde and Jordan Chin will compete in the boys' 110m hurdles heats, starting at 2:40 a.m.