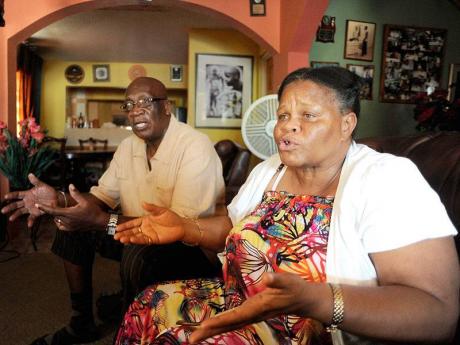 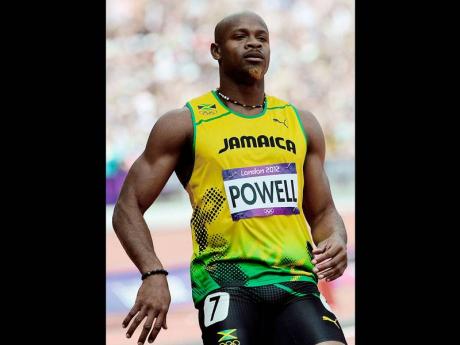 THE PARENTS of embattled former world record holder Asafa Powell have thrown their full support behind their son, saying they were certain he did not knowingly take a banned substance.

Shocked by news that a test conducted on Powell during the national trials last month produced adverse analytical findings, Cislyn Powell, the Jamaican track star's mother, said tears flowed down her face when she first heard the story.

"He tries his best not to hurt us," Mrs Powell told The Gleaner during an interview yesterday at her home in St Catherine.

"This is like a recitation; I always say to him (Asafa), 'Don't even trust yourself. Don't take anything from anybody. Don't eat from anyone.' I really feel it from my heart, but still I put my trust in him that he would not have done that. It must be something that went wrong," Powell's mother reasoned.

During a recent visit to his parents' home on Father's Day, Mrs Powell said Asafa assured her: "Mama, I wouldn't do anything like that."

"Safa is not a fool," Mrs Powell added, as she struggled to express her deep sentiments.

"I don't believe that he went and buy it and take it like that," said William Powell, Asafa's father. "Somebody must be responsible for giving him that, and the person that give him must know that it is a banned substance ... . That person mash up Asafa future."

He said there must be an explanation from Asafa's trainer.

Yesterday, police in Italy reportedly questioned physical trainer Christopher Xuereb, who had been living at a hotel with Asafa and providing him with supplements that might have contributed to his positive drug test for oxilofrine (methylsynephrine).

Asafa Powell said Sunday he was reeling from the surprising result.

"I would not intentionally take an illegal substance of any form into my system," he said in a statement.

According to Mrs Powell, her son is one of the most tested athletes in track and field, and would not have been foolish to knowingly take a banned substance when he was tested at regular intervals.

"When Safa come, I will hug him and embrace him," said his father when asked what kind of reception his son would receive when he returns to Jamaica.

His wife added: "It's just a big hug and a great embrace and encouragement."