Ambassadors of the Rock in the Land of the Rising Sun: Jamaican teachers in Japan relish new cultural experience 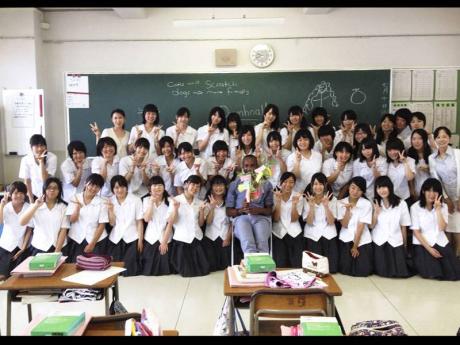 Raul Davis (centre foreground) with one of his classes in Toyama, Japan. - Contributed photos 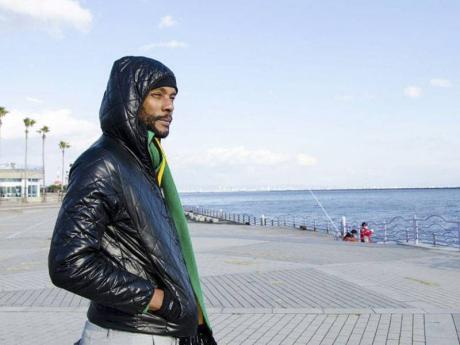 For the past 13 years, several Jamaicans have trekked to the Far East nation of Japan as assistant language teachers in the Japan Exchange and Teaching (JET) programme, which is facilitated worldwide by the Japanese government.

In 2011, 28-year-old Raul Davis made the bold step to apply for the programme, a move which has changed his life.

In a Skype interview with The Gleaner from Toyama, Japan, Davis shared that he always had an affinity for modern languages, international relations and travel. This propelled him to participate.

Initially, his family was apprehensive about the move in the aftermath of the great east Japan earthquake and tsunami which devastated the country in March 2011, but their fears were allayed as he would not be living in the region that was hit.

NOT KEEN ON LEARNING ENGLISH

The University of the West Indies graduate now teaches senior high-school students between ages 15 and 19, and he pointed out that similar to their Jamaican counterparts, Japanese students are not keen on learning a foreign language - in their case, English.

However, Davis, who is characterised by his animated and exuberant demeanour, tries to engage students by employing games, songs and other exciting activities in his classes to evoke interest within the students.

Furthermore, Davis said that his standard of living in Japan is very good. While on the programme, many Jamaicans globetrot to countries such as China, Thailand, The Philippines and New Zealand. Others repay their student loans and even pursue further studies.

"Being in the minority, you become an ambassador for your country," Davis said. "As Jamaicans, we collectively host parties and set up booths at international festivals to raise awareness about Jamaican culture."

Davis was unreserved in his gratitude to the Japanese government for the opportunity, and implored young Jamaican university graduates to take advantage of the opportunity.

Forbes did a four-year stint from 2007-2011 and she is planning to write a book chronicling her transformational experience living in Japan.

Seaton-Chambers, who did a two-year stint in Fukui, Japan, said it was a dream come true to go to that country.

"I think people should experience life outside of their country and become aware of other cultures," she said.

Applications for the 2014 intake will open in October this year and forms can be accessed at the Japanese Embassy's website and submitted to its office.

Megan Barrett, who works in the cultural section of the Japanese Embassy, highlighted that proficiency in the Japanese language was not a prerequisite for selection, but interested individuals must hold at least a first degree and be under the age of 40.