Book Review - A gritty saga of the Caymans hits mark 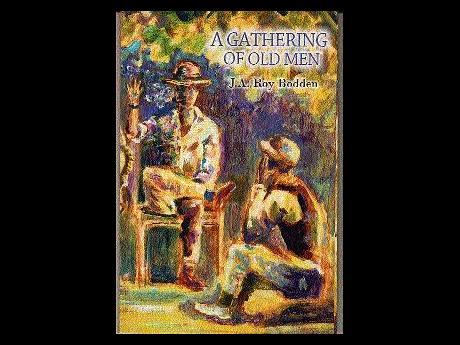 From the recollections and conscience of Caymanian griots, historian and academic, J.A. Roy Bodden, repaints his country with a deep, rich colour of unquestionable truth. We are all familiar with the Cayman Islands, the British Overseas territory and the tourist haven. But the social enigmas, the dissociation and the complexity of identity in Bodden's authentically driving oeuvre, we are not.

Bodden, for the most part, disrobes academically, preferring oral tradition and the anecdotal approach to existential issues besetting his native land. It is penned with imaginative depth and a searing understanding of the Caymanian archetype. Bodden well understands the challenge of such an undertaking. He risks losing his mission statement under the lassitude of dialogues laced with dizzying colloquialism and vernacular prose. But, then again, this is what makes A Gathering of Old Men unique. He is willing to take that chance, but not before a prolegomena that details and elucidates his wrenching sociological concerns.

The social discord, the racial crucibles, classism, greed, and a mélange of peoples with varying interests have diluted the Caymanian identity. Who or what constitutes a Caymanian is the searching question. Interestingly, Bodden's canvas resembles that of every other Caribbean nation. Ironically, the Cayman Islands is forgotten in a pack of Caribbean cards that bear the same insignia. Why? There is no one answer. What matters is that Caymanian troubles mirror those of its Caribbean neighbours, many that have fortuitously battled colonialism and imperialism, and have redefined their identity despite blaring shortcomings. Bodden's nation deserves no less.

The Gathering of Old Men is exemplary and artistic, probing us to reflect. It challenges us to find more principled solutions to nation building and personal responsibility.

The stories are riddled with that whimsical, comedic Caribbean spirit. The tenacity, struggles, simplicity and rhythms of the seafarer and maritime life are well chronicled. Some tales haunt, mesmerise, viz. The Death of Artimetra Johnson. Here, Bodden captures the sheer evil of greed; the hubris and godless conniving of Dr Alexander Evans who plots the murder of a widow to seize property that sits on a potential "gold mine". The piety, the spiritual surrender of Mrs Johnson encapsulates the lionised faith of the West Indian Negro. It is unswerving, instructive and captivating. So, too, is the hypo-religiosity of Tom'lijah, whose wanderings and oratory can be likened to the fakirs of the East and the apocalyptic preachers of the West. Battle lines are drawn: good against evil; the word of God against the wiles of Satan personified.

The Death of Artimetra is a reflection of a much bigger problem in the Cayman Islands and the Caribbean. It spells out the economic rape of disenfranchised peoples.

But the 'Caymans' has had its share of freedom fighters in the vein of 'Buzz' Butler, Cipriani, Bishop and Manley. And the 'Caymanian' has struggled, protested and fought valiantly against the colonial master. If only we knew.

Righteous indignation defines The Advocate where the resilience, intelligence and pride of the so-called natives are embodied in Wilfred Conrad McFarlane, who, despite his genteelism and UK academic grooming, never forfeits his responsibility to defend the downtrodden and challenge the judicial improprieties of the islands' colonial oligarchs. But the struggle for justice shouldn't be 'capsuled'. It's ongoing.

In How Pearly Lost Her False Teeth, race and colour rear their heads in tandem. It is a tale clothed with vintage Caribbean folklore. Here, the Caribbean psyche is steeped in the metaphysical and the Obeah man is adjudicator and pontiff. Here, protagonists Pearly and Hazel, of different social and racial backgrounds, vie for the love of a white American naval officer, opting for the occult arts to capture their prize. Never has there been a more loaded sociologically statement: "Pearly, my daughter, listen to me, this is just not an ordinary wedding. A white American sailor is getting married to a poor coloured Caymanian girl. Do you grasp the importance of what this is about?" So much for self-worth.

Fittingly, Bodden ends with A Gathering of Old Men Guard House, Bodden Town, circa 1953. It "freeze-frames" the dialogue of Cayman's griots. Theirs are words of counsel - prophetic, sagacious, prescriptive and foreboding: "... Now is the time to go in for planed development, to strengthen the legislation in regard to immigration and aliens... Don't sell your land to foreigners... His birthright...his land. Some fool will sell his land to a rich white 'merican....," and so forth.

These are fighting words against cultural dependency against mental enslavement.

In this seminal work, history and politics come alive and the social and psychological fabric of a people is laid bare. For sure, Gathering transcends time and culture. It is nothing short of a historical diary and precognitive script that will touch the nerve of oppressed people wherever they might be.