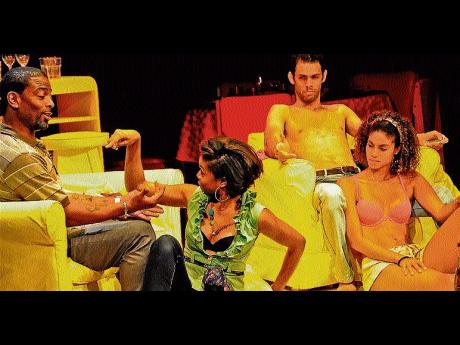 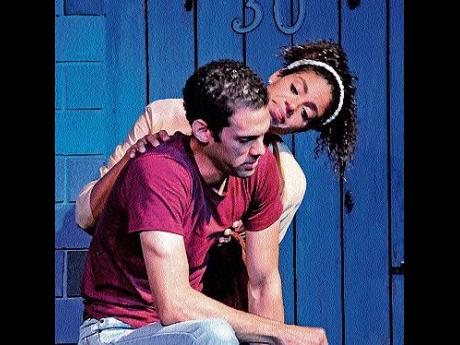 Gina (Yendi Phillipps) consoles William (Keiran King) during a scene from 'Taboo', currently being shown at the Philip Sherlock Centre for the Creative Arts. 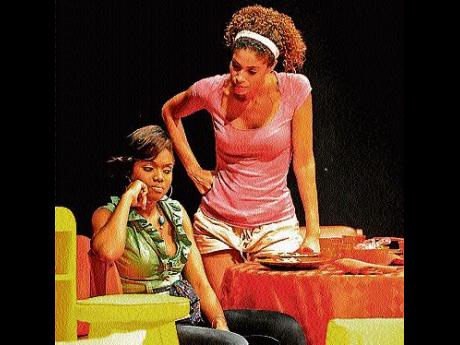 Gina (Yendi Phillipps) has a serious conversation with Sabrina (Lisa Williams) during a scene from 'Taboo'.
1
2
3

In Keiran King's latest production, Taboo, there were no interruptions from the customary blackout of lights to indicate the end of a scene. The smooth transitions had much to do with the very functional set and the brilliant directing of Eugene Williams.

Taboo tells the story of two flawed couples Sabrina (Lisa Williams) and William (King); and Gina (Yendi Phillipps) and John (Rodney Campbell). They have come together for another family dinner. On this occasion, the dinner is special as it is William's (an author) 30th birthday.

Immediately, there are the underpinnings of trouble, as the opening conversation between William and Sabrina didn't suggest a happy 30th.

As the story progresses, the four find themselves grappling with angst of varied degrees.

The strong ending of the play was just one of the director's moments of thoughtfulness and creativity. Throughout the production, there were constant reminders of this.

The use of levels was quite effective when the four characters are seated at the dining table. Another plus for Eugene is the use of toys to reinforce the underlying theme of immaturity.

The play, written by King, seems to have plunged into the theatre of the absurd, not the easiest choice for a playwright.

One of the more difficult skills is to bring the one-dimensional characters often present in the genre to life.

Commendations most go to King, Williams, Phillipps and Campbell for making what could have been flat characters memorable.

Campbell, who was the most articulate of the four, made the rather laid-back John appealing. He was also humorous in the delivery of his lines and was rather entertaining in the fight scene.

Philipps, in her début role as Gina, William's sister, and mother of two children was real.

The chemistry required for the relationship between her character and that of King's was convincing.

No one knows the character William better than King, after all he created him.

This was demonstrated when the multitalented thespian captured the irrational behaviour of a trapped, dissatisfied and possessive man, producing humour, alarm and disgust.

Williams did well. The distraught, self-centred, very talkative (especially after a few drinks) medical sales representative Sabrina was well played. She, along with Phillipps, however, may want to be consistent with projection of their voices, as there were moments where lines were lost, especially when the audience became vociferous.

Bringing together the creative elements of the thought-provoking production was the set designed by King.

While it was not on the grand scale of his previous productions, the spectacle remained the same, as the designer used bright, contrasting colours to good effect.

The theme of childhood was also captured in recognisable mathematical shapes woven into the building and the furniture.

In general, Taboo is a creatively presented production and is well worth seeing. It is for adults only and is currently staged at the Sir Philip Sherlock Centre, University of the West Indies, Mona, from Tuesday to Sunday.

On Tuesdays the show offers a two-for-one at 8 p.m. It continues Wednesday through Saturday at 8 and on Sunday at 6 p.m.