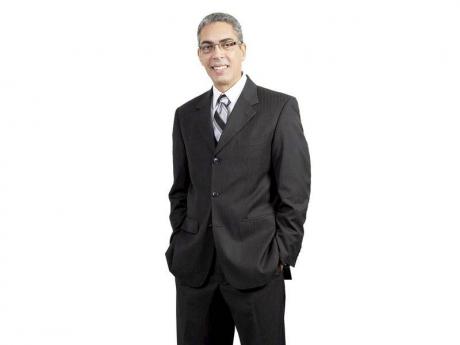 The oversight committee monitoring conditionalities under the International Monetary Fund (IMF) programme says Jamaica is on track to achieve the first quarterly targets.

Now the group is pressing for more urgency on public-sector reform and improvements to the climate for doing business in Jamaica.

For the month of May, the quantitative performance criteria under the IMF agreement were said to be within the expected range.

That was the case especially with the primary surplus and public-sector balance, driven mostly by good revenue collection on domestic production and consumption.

In a communiqué published on Wednesday, the Economic Programme Oversight Committee (EPOC) said collections on international trade were adverse and reflected the continued trend of a decline in imports.

The target for the net international reserves was also met, which at the end of June had risen to about US$1.003 billion.

For the review period, the communiqué indicated, the primary balance of central government was J$7.7 billion, while tax revenues for May came in at J$52.5 billion.

With respect to the structural benchmarks to the end of June, the two major conditionalities, namely parliamentary adoption of amendments to the Revenue Administration Act and an increase in the staff of the large taxpayer office - were also met, said the EPOC communiqué attributable to the non-public sector interests on the committee.

Under tax reform and tax administration, the IMF agreement called for the staff of the large taxpayer office to be increased to 120 by June 2013.

The EPOC statement noted that the first formal review of the programme is set to begin in mid-August, assessing performance for the period April to June.

"Given the May outturn ... the EPOC is optimistic that Jamaica will pass the June test," the communiqué said.

The IMF agreement offers Jamaica an Extended Fund Facility of approximately US$932 million to be disbursed in tranches. The review of the June quarter performance by the IMF team is to be concluded by September 20, according to the schedule in the agreement.

A successful review will unlock SDR 19.97 million for the quarter, which at current conversion rates is equivalent to US$30.14 million. The value of the SDR is determined by the performance of the basket of four currencies that underlie it. SDR rates are calculated daily.

The oversight group said it would be closely monitoring other structural benchmarks, including the Omnibus Tax Incentives Act and the Charities bill, both of which are expected to be tabled in Parliament in September.

At its meeting on July 19, presentations were made on the doing business reform agenda and public-sector reform.

"These are two vital components of the effort to engender economic growth and build a more efficient public service," the group noted.

"The EPOC appreciated the efforts being made by these initiatives, but felt that given the depth of Jamaica's economic challenges much more urgency and bold action needed to be take in respect of both," it added.

"The EPOC recommended that both project teams seek to identify a small number of important objectives that, when achieved in the next few months, will have a significant and positive impact on businesses and the public," the group said.

Byles told the Financial Gleaner that a lot of effort had been made and a lot of time spent to address both issues, particularly public service transformation.

"And when I say a lot - years and plenty people were involved and research done. Five years later, we haven't made any significant progress. I know it's not an easy project to do. It involves people but I think that if we say this is a requirement, we need to have some deliverables that are meaningful, so everybody can say, yes, we are serious about this, we are working at it, there is something coming out of it and we are not just kicking the can down the road again," he said.

"That was our general feeling - that in spite of all the good work, actually doing something, a number of meaningful things upfront was kind of lacking," Byles explained.

What Jamaica requires, he adds, is resolute and swift action.

"We can't afford to be too laid back on some of these important issues. We would like to see it being implemented a little bit more resolutely," he said.