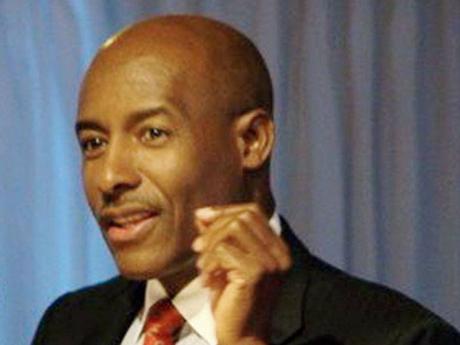 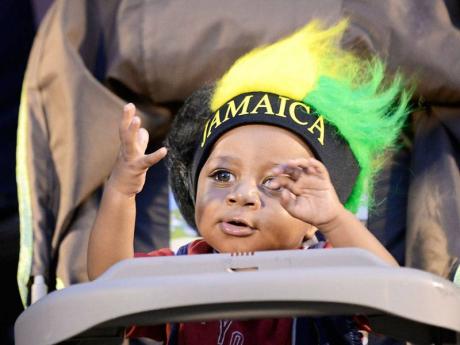 A toddler sports a Jamaican headdress at the Jamaica 50th Independence Grand Gala celebration at the National Stadium on August 6, 2012, which was a spectacular event to celebrate 50 years of sovereignty. Now heading to 51, Jamaica's economy is still in its baby phase. - File
1
2

In less than two weeks, we will be celebrating our 51st year of political independence.

It should be a time of great joy, and no doubt many will find ways to make happy, while many others will wish the economic circumstances were much better.

Cash is tight and most everyone seems to be voicing the same story that there is no money in the market.

Alas, Independence Day 2013 will arrive on the back of 21 quarters since 2007 of no economic growth, and less than one per cent average annual growth over four decades.

Last year when we celebrated our 50th year of Independence, it is estimated that Jamaica finished the year with the slowest average growth rate in the Americas since 2000. That was behind even earthquake-stricken Haiti.

Many of us Jamaicans, on the 51st anniversary of our Independence, will be frustrated by our country's performance. The frustration will cover the gamut of economic, education, social and moral areas of our society, with shining athletic performances - and that, too, is taking quite a battering in the past couple of weeks - as the main exception and beacon of inspiration and hope.

We can also celebrate the peaceful democratic changes of governments, but the downside to the Jamaican practice of this democracy is the merciless violence that has been its partisan, bosom partner.

The criminality and corruption it has bred has wiped off important per cent digits from our already anaemic economic growth performance. The social price of this criminal violence linked to partisan politics has been staggering.

The Jamaican economy operates just 90 minutes by flight from the United States - the world's biggest market - and we speak the same language. Our internationally respected natural harbour in Kingston is on the shipping route to the Panama Canal. In spite of our tribal politics and high murder rate, Jamaica is seen as politically stable.

Somehow, though, we seemed to have missed the Clinton-era excellent economic growth period in the US. We were busy gorging our economic gut with expensive and unsustainable debt.

That is bad enough; the more egregious sin was not to have invested properly all that borrowed money to grow our economy.

Look at the run-down state of our education infrastructure - teachers, buildings and equipment - and the poor results in terms of well-educated and trained Jamaicans across many disciplines; take stock of our quite unacceptable public-health facilities and processes; then look at how we have not used that borrowed money to build our manufacturing and services industries to take advantage of the world's number-one economy and market, which is just 90 minutes away.

Very little of that borrowed cash has been used to modernise our inefficient government bureaucracy. Our bureaucrats and government agencies are largely bereft of enough basic modern technological equipment and systems. Where did all that borrowed money go?

That market, incidentally, is the same one that big China, big India, very small Singapore and little Costa Rica gear their economies to supply - two of those three countries do so from halfway around the world.

How we have missed many golden opportunities. Jamaicans are no richer today than they were in the 1970s. Please re-read the last sentence and let it sink in. The Economist believes that "most of the island's enduring problems, like its public finances, are home-made".

Since Independence in 1962, our country has run fiscal deficits in 45 of those 51 years.

Our middle class has not grown — at least not in Jamaica. Many from the middle class have migrated to other countries, mainly to that number-one world economy called America.

A numbingly large 85 per cent of our university graduates leave Jamaica every year to find work elsewhere.

After all that we have borrowed and have invested so poorly, we have failed to create the necessary jobs to make Jamaica the place to live and work and grow the families of these former residents now turned émigrés.

LOOKING AHEAD TO JAMAICA 52

It is possible, but not easy, to have a really better celebration of Independence next year. The Government can do the things it needs to do without borrowing any money.

Let us pass a comprehensive, simplified, and well-thought-out revised tax legislation, and do the same for pension reform.

Put a responsible leader in place with the necessary authority and support to fix our limping bureaucracy.

Reduce crime by training detectives at our tertiary institutions so they can be better and independent-minded crime fighters. Improve the storage of court files so that they are not inadvertently 'lost' or stolen to set criminals free.

We must focus on economic growth and that means a more demanding agricultural production and processing agenda, matched with better and more properly monitored marketing arrangements to get farmers' produce to supermarkets, farmers' markets and consumers.

Economic growth will need a coordinated effort between the energy, education and finance ministries to ensure that knowledge drives that growth, balanced with a policy to reduce significantly our annual renewable expenditure of US$2.5 billion on imported fossil fuel.

The Government must find ways to encourage the private sector to invest.

We can celebrate joyously next year if our Government put these very few economic growth-agenda items in play this year. Any benefits from big projects which may start between now and then will be 'brawta'.

Aubyn Hill is the CEO of Corporate Strategies Limited and was an international banker for more than 25 years. Email: writerhill@gmail.comTwitter: @HillAubynFacebook: facebook.com/Corporate.Strategies