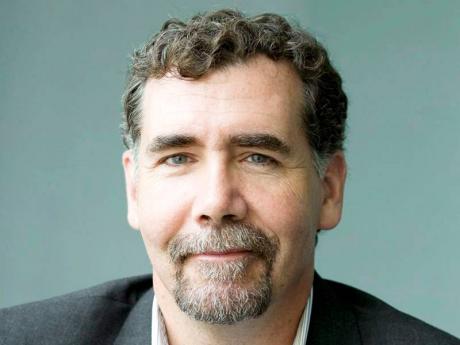 As a public-health physician in residency training, I had the privilege of living and working in Kingston, Jamaica with the excellent Expanded Program on Immunisation on polio and measles eradication efforts, now more than 20 years ago. I have fond memories of the welcome and kindness of my Jamaican colleagues and also of the great traditions of public health and medicine in the country. So it has been with real concern and personal sadness that I've seen the recent work of myself and my colleagues on HIV among men who have sex with men (MSM) both misunderstood and misused by professionals in Jamaica. In the interest of scientific rigour and of the rights of all Jamaicans to benefit from the outcomes of scientific progress, I would like to clarify the findings of our work (published in The Lancet in 2012.)

Perhaps most importantly we did find that HIV infection rates are high among gay, bisexual, and other MSM worldwide. But we also found a clear and compelling relationship between HIV risks among these men and stigma, discrimination, and criminalisation. The bad news here is that the Caribbean region has the highest rates of HIV among MSM of any region worldwide, and also, I am sorry to say, some of the most discriminatory laws and practices for sexual and gender minorities. That is not a coincidence. We've documented these challenges in many countries, and the reasons why stigma, homophobia, and discrimination can drive HIV rates are quite clear. People who are afraid and feel threatened avoid health care, do not seek or get HIV testing or other services which can help reduce risks, and are less likely to be treated for HIV if they are living with the virus. Punitive and hostile policies do not reduce HIV risks - they increase them.

NOTHING TO DO WITH GENDER

There has also been a misuse of the biological argument we have made in our work. To say that HIV is spread efficiently through unprotected (condomless) anal sex is, simply, true. It is also true that this has nothing to do with gender - the risks are similar for women and men when they are the receptive partners, which we also reported. And data from a number of countries makes clear that heterosexual couples do commonly engage in this practice, sometimes to reduce pregnancy risks and sometimes for pleasure. To argue that because this practice can lead to HIV infection it is inherently 'unnatural' or should be subject to criminal penalty is the same as arguing that vaginal sex is 'unnatural' since it can efficiently transmit syphilis, gonorrhea, chlamydia or the human papilloma virus, the cause of most cervical cancers in women. What matters, of course, is reducing risks for all sexually transmitted infections (STI) for men and women. And the science tells us how to do this. By making condoms and lubricants widely available and cheap, by treating STI in settings of dignity, safety, and quality of care, so that people at risk will seek and use the services they need. And by listening to patients, being non-judgemental, and helping them reduce their real risks - which they will not disclose if they are afraid.

We called for comprehensive services for MSM to reduce HIV risks, not discriminatory laws, policies, and practices which drive them underground and away from compassion and health care. That is true for sexual and gender minorities in Jamaica, as it is true anywhere else.