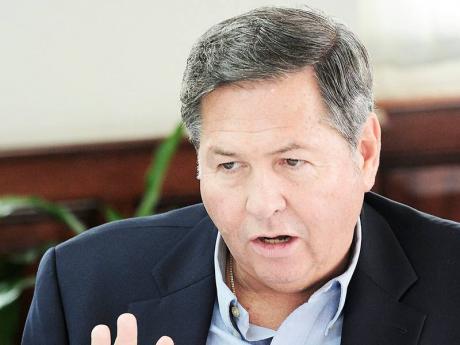 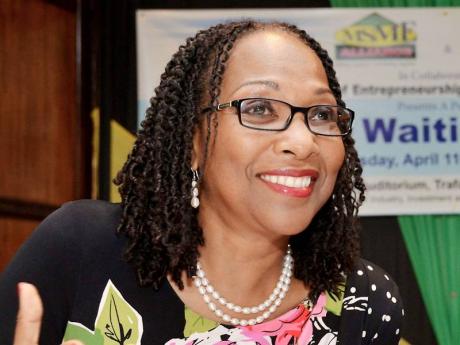 Local business interests, as well as the oversight body set up to ensure the smooth running of the four-year extended fund facility with the International Monetary Fund (IMF), are taking issue with the pace at which the Government is moving to implement the long-awaited reform of the public sector.

The Doing Business Reform Agenda has also come up for scrutiny, and there are suggestions that the units in charge of driving the implementation processes need to be held to strict timelines if the country is to succeed in its dealings with the IMF.

"We need to speed things up. Anytime you have objectives, you should be held to a timeline," Brian Pengelley, president of the Jamaica Manufacturers' Association (JMA), said yesterday in expressing his disgust.

Pengelley's comments came a day after the Economic Programme Oversight Committee (EPOC), through its communiqué published in The Gleaner, called for a speeding up of the implementation processes.

The oversight body said while it appreciates the efforts being made, it "felt that given the depth of Jamaica's economic challenges, much more urgency and bold action needed to be taken in respect of both".

The EPOC recommended that both project teams seek to identify a small number of important objectives that could be achieved in the next few months, especially those that are able to have a significant positive impact on businesses in Jamaica and the public at large.

Pengelley agreed with the recommendations and stated that "in these sorts of things, you try to look for any of the low-hanging fruits - some things that you can get done and get done quickly. I am not close enough to know what those things are, but certainly, that is something we would encourage them to do".

"It's all a critical component of us meeting the conditions of the IMF and the private sector. We are being asked to give and, therefore, we are looking for the Government to accelerate that part of the programme," the JMA president added.

Professor Rosalea Hamilton, immediate past president of the Small Business Association of Jamaica, said the association was anxious to see things speed up, especially in light of the fact that Jamaica continues to experience an unfavourable ranking in the annual Doing Business report.

"Since 2006, the measure of how badly we are doing (has got worse). We are now 90 in the world for doing business. That environment for doing business is getting worse, and a lot of the issues turn to bureaucracy," Hamilton said.

"We look at the measures and you see that it takes too long to do business. Those things generally impact negatively on small business, and so we are very anxious to see that environment improved, especially in this tough economic time where demand is down and our businesses are facing serious difficulties," charged Hamilton.

She also agreed with the recommendations made by the EPOC and that the projects team needed to be held to rigid timelines.

Opposition Leader Andrew Holness believes the Government is reinventing the wheel as far as recommendations for the reform of the public service is concerned.

Holness charged that various recommendations have been made in the past, including those coming from the Public Sector Transformation Unit (PSTU) at the time it was being led by Patricia Sinclair McCalla.

"The Government does not seem to grasp the urgent nature of the challenges it faces and is not moving fast enough to implement the necessary changes, and what will happen is that the longer they wait is the more likely that they will not be able to pass the IMF test to come," Holness said.

"The targets become more difficult the longer we wait."

Victor Brown, who is currently the acting chief executive director of the PSTU, pointed out yesterday that recommendations made under the McCalla-led unit were still being reviewed by Cabinet.

He said while his unit had not "been fully directed to look at new ones (recommendations), we do make some recommendations as to what possibly we can look at."

Brown admitted that so far, everything is still a work in progress but that "we are hoping to start some level of implementation next fiscal year".

The reform of the public sector is one of the critical planks on which the agreement with the IMF is built.