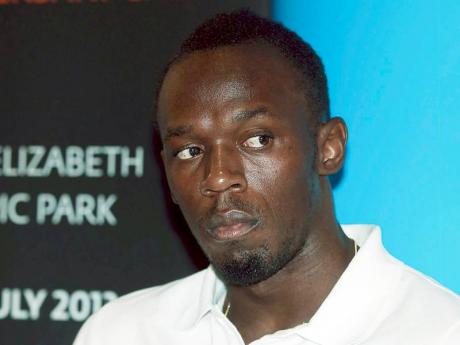 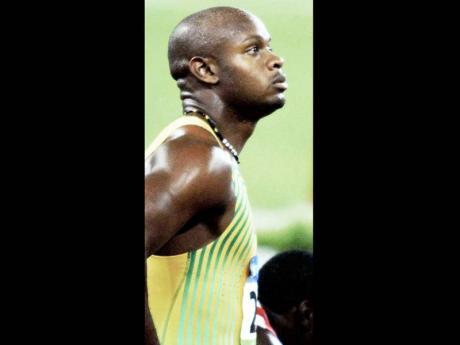 Track and field's poster-boy Usain Bolt said he was surprised by the spate of positive drugs tests within the sport in recent weeks, including that of countryman Asafa Powell, stating also that he has been in touch with the former 100m world-record holder since news of the positive results surfaced on July 14.

As first reported by The Gleaner, the 'A' samples of Powell, 2008 Beijing Olympics 100m silver medallist Sherone Simpson and three other Jamaicans tested at the National Senior Championships last month, returned adverse analytical findings, sending shockwaves throughout the local and international athletics community.

Also on July 14, American Tyson Gay, the 2007 World Championships double sprint champion, also admitted that he had failed a drug test, while Jamaican sprint queen Veronica Campbell-Brown, a few weeks earlier, was also confirmed to have returned a positive test for a banned substance.

Bolt, speaking ahead of his appearance at this weekend's IAAF Diamond League at the Sainsbury Anniversary Games, inside London's Olympic Stadium, told reporters that he has sent a text message to Powell since news broke of the failed drug tests.

"I don't say much. They (positive tests) were surprising, definitely but there are a lot of details left to be discussed. I'm just sitting and waiting on the results. There are a lot of things that haven't been done yet," said the double Olympic sprint champion and world-record holder Bolt, before sharing his message of encouragement for Powell, who he has competed with and against over the years; a total of 16 meetings over the years in the 100m and a lone 400m outing in 2006.

"I had one BB (BlackBerry) conversation with him really. I didn't want to bombard him with questions. I told him, 'Sorry to hear what was going on', and he said, 'Yes, it's kind of rough, it's hard," Bolt shared. "I just told him to stay strong and stay focused, and, hopefully, everything will work out."

'Be more responsible about supplements'

Bolt, who, once again, defended his own record, warned athletes to be more responsible about the supplements they take, adding that it's necessary for everyone to keep themselves informed of new updates to the list of prohibited substances in the World Anti-Doping Agency Code.

"In life you learn to be responsible. You have to be very careful as an athlete because there are a lot of things on the banned list. You have to keep up to date all the time. That's why you need a team to help you keep up with all those type of things," Bolt said.

"If you've been following me since 2002 you would know I've been doing phenomenal things since I was 15. I was the youngest person to win the World Juniors. I ran the World Youth Record at 17. I've broken every record there is in every event I've ever done. For me I've proven myself since I was 15," Bolt noted.

"I'm just living out my dream now and I've underperformed this season, as my agent would say, and I need to step it up. I was always going to be great."

Bolt will compete in the 100m at the Anniversary Games and is also pencilled in as a member of a Racers Track Club relay team, which is down to feature in a 4x100m relay during the two-day meet.