I trust nobody in the justice system 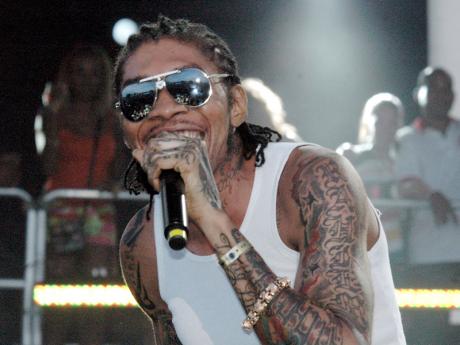 A MONTH AGO, Transparency International (TI) reported that six per cent of Jamaicans had paid a bribe to a member of the judiciary. Yet, nobody in media, except yours truly, made any mileage out of it. Instead, it was again big news that 86 per cent of Jamaicans believed that the police are corrupt. But the news about police perceived corruption is so stale, even 'junjo' is growing on its crust, and the rats find it too tough to bite. Was it that my media colleagues thought that it was a non-story that a statistically significant number of our judges was said to have taken bribes, or does someone want to suppress the truth?

In 2006, Colonel Trevor MacMillan, former national security minister, commissioner of police and army officer, said: "There is a general consensus that Jamaica suffers from endemic corruption and that this has been spreading throughout the system - and that this has become institutionalised in the police force is evident in the Department of Corrections and even in the judiciary." Never mind the redundancy in the late colonel's grammar. Nonetheless, an indignant attorney general and then justice minister, A.J. Nicholson, a lawyer himself, drunk with outrage, noted that the conviction of Resident Magistrate Norma Von Cork was evidence that the system was capable of dealing with transgressions by judges. It was a lame explanation then as it is now.

Why it is that one isn't using the same argument that since the police have arrested, charged and procured the conviction of scores of its own, there isn't corruption in the force? The fact is, it is because there is corruption why the cops try to self-purge. One cannot simply reject part of TI's survey because it is uncomfortable. Isn't it true that on occasions judges hand down sentences that are so unbelievable, that the entire nation, including the legal fraternity is shocked? And tell me, do lawyers not 'shop for judges', by doing all they can to get a particular judge? And if that is so, doesn't it say that the standards relating to the sentencing of offenders are not uniformly applied? How far a step is it from such variation and the possibility that one, two or three judges on the periphery might just be venal?

Judges are humans and imperfect beings. They even have political biases too. It is a great leap of faith that Justice Carl Rattray, a former People's National Party minister, purged himself of his partisan allegiance when he became the president of the Court of Appeal. Similarly, although the age, sex and stages of careers are reversed, now Jamaica Labour Party Senator Marlene Malahoo Forte must have had to exorcise all of her green will to remain objective while sitting on the Bench.

For me to unreservedly back the judiciary and say that TI's report is flawed is for me to discard its corruption perceptions index and the very same methodology my department at the University of the West Indies teaches its students when carrying out social research. That is a luxury I cannot afford because academic research is about truth and real proof. Law is about another set of things. Sometimes, evidence, innocence and guilt coincide with truth, but they often are not.

Last week, the human colouring book, Adidja 'Vybz Kartel' Palmer, and two co-accused walked free of the charge of murdering Barrington 'Bossy' Burton. Although mispronounced by the Anglo-centric radio and television announcers, his name is actually, "Bawsi". There is one irrefutable fact. Bawsi - someone's brother, son and friend - is dead. His death was not accidental, and no one said that when he was killed by the other human being(s), he was presenting a mortal danger to them. He was murdered. Now, only a few people, including the two possible missing witnesses, seem to know for certain who killed him, but in the end, the testimony of the latter was ruled inadmissible because the police couldn't find them. Being innocent and being not guilty are not the same thing.

Incredibly, police, who can find notorious criminals who are hiding from the law, cannot locate witnesses who go about their lawful business. More amazingly, attorney for one of the other accused men, Tamika Harris, mentioned the likelihood that one of the witnesses was a "phantom". We have heard duppy stories before, but this person seems to have no verified date of birth, didn't attend the school he or she was said to have been enrolled in, and is simply not known.

Then, there are yet unproven allegations, though disturbing, by a senior female attorney, who has procured not-guilty verdicts of many criminally accused, including some thought culpable by the public. According to her, the police may have "professional witnesses". If this is true, then, the level of dishonesty in the police force is worse than imagined. For all their concern, I have to ask, why is it that files disappear from prosecutors offices - unless the files are phantom too - and who does it benefit?

On the other hand, I am still dumbfounded that the director of public prosecutions (DPP) continued to proceed with the case regarding the two brothers in Irwin, St James, even after she received DNA evidence that excluded them. DNA is the most compelling proof of culpability or innocence in rape and murder cases. This is not the mid-1980s when Kirk Noble Bloodworth, a White man, was convicted for the hideous rape and murder of a nine-year-old girl in Rosedale, Maryland, and spent nine years on death row. It was not until 1993 that he, having read about DNA, used it in procuring exoneration. Bloodworth became the first condemned American to be freed by DNA evidence.

On rare occasions, a person may have two DNA signatures. In such a case, two different male cells fertilise an egg, and instead of producing fraternal twins, they combine to form one single embryo and, ultimately, an offspring. Such persons are called chimeras and dependent on where the tissue sample is taken from, two distinct sets of DNA can be revealed.

Thus, although DNA is 99.9 per cent accurate, chimeras do fall into the fraction of a per cent and fewer than 50 of them have been identified globally. But that is not what the DPP has said. Maybe because I am not a lawyer, the legalese she used about the "cogency of the evidence" made no sense to me. True, we want the perpetrators of the awful rape and murder, which brought me to tears on air, to be found and punished. However, we want the real culprits to be caught, not someone to fill a prosecutor's or policeman's statistics book.

These are challenging times but we must be honest. The corruption in the junior ranks of the force is well hackneyed and some senior officers have been touched as well. And the defrocked lawyers are well documented. However, let us not ignore the survey. Six per cent is too much, unless the respondents who say 12 per cent of them paid bribes to police are lying.

The entire legal pool has mud in it. The only trust I am using is at the corner shop.

Orville Taylor is senior lecturer in sociology at the University of the West Indies, Mona. Send comments to columns@gleanerjm.com