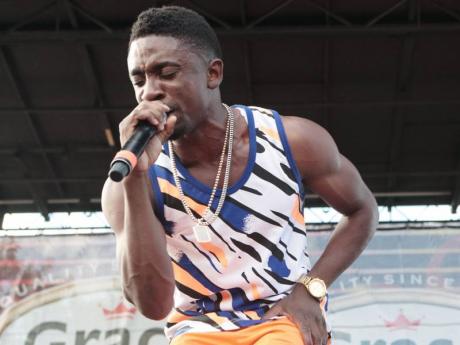 Over the past couple of years Chris Martin has spent a lot of time performing before thousands of fans in the Caribbean, the United States and Europe.

Come Wednesday, Martin will be performing for a Jamaican audience at Cayenne Beach in Negril during the Smirnoff Dream Week.

Martin, the 2005 Digicel Rising Star winner, is included in a line-up on the Smirnoff Dream Live Concert that includes Aidonia, I-Octane, Konshens, Baby Cham, and Bugle.

"With that line-up, you can see I am the only singer there, so being the only singer that's something different right there," said the entertainer who left the island last Tuesday for Anguilla but who will return in time to prepare for his performance in Negril.

"That side of the island hasn't seen me in a while. Jamaica itself hasn't seen me perform in a while. It's just the new vibe, the new energy of being all over the world and putting different parts to the show. We'll get a chance to put it together for the people to see."

The 26-year-old Martin's career has been growing steadily since 2005 and over the past eight years, he has compiled a strong catalogue of songs that has found fertile ground both here and abroad.

Songs like Mama, Chill Spot, Mi Friend Dem, Take My Wings, Paper Loving, To the Top (with Gentleman), Melody to my Song, Come Where You Going, and Real Friends, have won him critical praise and major awards all over the globe, including Kenya, where he was voted Reggae Entertainer of the Year.

His fans will get to hear him perform some of those songs and more when he takes the stage on August 1.

"All the songs they have grown to love me for I am going to perform them along with some new songs that are doing well right now," he said.