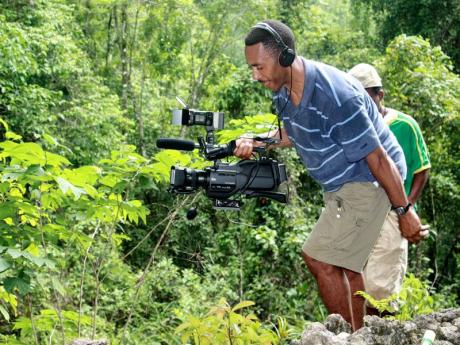 The JAMAICA International Film Festival opens on August 1 at the start of Jamaica's Independence celebrations and runs for 5 days at Island Village in the beautiful resort town of Ocho Rios.

More than 20 international film directors are flying in from Los Angeles, Washington DC, Toronto, Atlanta, and London. They include director Patrice Johnson and the cast of her feature film Hill & Gully, British teen Gia O'Meally, star of the TV series Which is Witch, Monica Haim, director of the documentary Awake Zion that explores the relationship between Zionism and Rastafarianism and director Roy Anderson, who explores his Maroon roots in Akwantu. Jamaican film makers are travelling from Kingston and Montego Bay to join them in the annual celebration of Jamaican culture with films that include the island's first horror - Wayne Benjamin's TheCroft and first gospel film Just Another Friday by director Judith Faloon-Reid.

With a preponderance of films by female directors, the 2013 festival honours Women In Film with a special tribute to the late actress Madge Sinclair, star of Conrak, TV series Trapper John MD and her role as Eddie Murphy's royal mother in Coming To America.

This year, the festival includes entries from Austria, the short feature One Song, featuring Vienna's Rasta and reggae culture; Israel, which has entered Keeper of Zion Gate - a documentary on the late reggae icon Joe 'Culture' Hill, and Belize, which is presenting an amusing feature, Lost in Dangriga, which may prove to be the most popular at the festival.

Documentaries also include the famous Land Of Look Behind, rated as the first and best documentary on Jamaica's Rasta culture. The documentary includes footage of Bob Marley's funeral.

The public screening will be a first for Jamaica.

Other films include the highly praised Lovers Rock by director Menelik Shabazz. That film is about the black British music that sprang from reggae.

Born in Trenchtown, Greg Pond's look at the architectural history that built Jamaica's famous musical incubator, will also be screened.

Daytime activities include a Pop-Up Book Fair all day Sunday, August 3, and afternoon seminars on acting - led by TV actor Justin Hadeed Awn; scriptwriting, at which Donna-Marie Dow will announce the 2014 scriptwriting competition, and animation led by Sam Stewart.

Throughout the festival, village shops, Island Coffees and Jose's Bar, will be open to provide food and drink, with special beach-side service on Sunday.