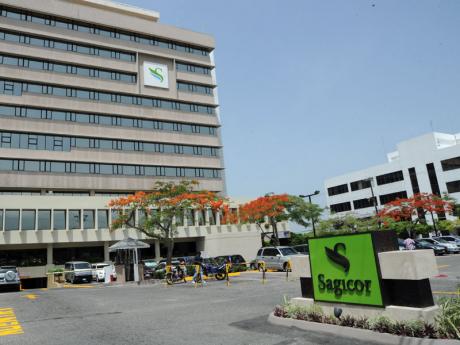 Sagicor Jamaica has got court approval to restructure its operations under which all companies within the group will become subsidiaries of a new holding company.

Sagicor Jamaica is the latest financial conglomerate to undergo reorganisation in line with new laws being devised by the Bank of Jamaica.

The scheme will result in all current shareholders of Sagicor Life Jamaica (SCJ) exchanging their SLJ stock for shares of equal value in the new holding company.

"That means the value of the new shares to be issued in Sagicor Group will be identical in value to the shares previously held in SLJ," the company said in a statement on Friday.

The new holding company will list on the Jamaica Stock Exchange.

Company chairman, Richard Byles, was unavailable for comment up to press time. However, the release noted that the reorganisation would "align the group's organisational structure with the requirements of new omnibus legislation for deposit-taking institutions, which is soon to be promulgated by Parliament."

It said the day-to-day operations of the three entities would be unaffected by the reorganisation.

Sagicor Jamaica commenced operations in 1970 as Life of Jamaica Limited. It was the first locally owned life insurance company and the first life company to be listed on the Jamaica Stock Exchange.

The insurance company was bailed out by the Jamaican Government in the 1990s and subsequently sold to a Barbados operation. Its name and that of other local subsidiaries were later changed to align with the brand identity of ultimate parent Sagicor Financial Corporation.

The boards of the three companies have already approved the new group structure.

Sagicor Jamaica said it would seek the approval of shareholders at a special meeting on a date that is still to be determined.

The reorganisation also requires approval of the Financial Services Commission and the Bank of Jamaica. The insurance company said it expects to complete the process by September.

The reorganisation by Sagicor Jamaica comes six years after Scotiabank Jamaica executed a court-sanctioned scheme in 2007 in which the shares in Bank of Nova Scotia Jamaica were transferred to newly created parent company, Scotia Group Jamaica. Scotia Group's businesses include commercial bank BNS, a life insurance operation, a building society, and a securities dealership.

Earlier this year, National Commercial Bank Jamaica similarly announced it would be creating a holding company in which the bank would become a subsidiary.

NCB said its reorganisation would happen before the end of its current financial year, which closes September 30.

The Bank of Jamaica requires large financial groups with deposit-taking functions to restructure to facilitate comprehensive supervision of their businesses. The rearrangements are occurring ahead of the tabling of omnibus banking legislation due by March 2014, which is meant to tighten supervision of the financial sector. It is also expected to expand the powers of the central bank as police chief of systemic risk.

The omnibus law is a condition of the four-year IMF bailout agreement for Jamaica signed in May.