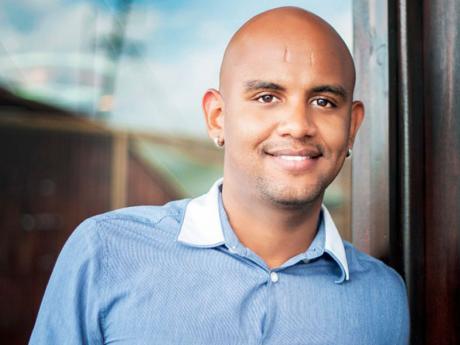 The annual One Young World Leaders Summit to be held in Johannesburg, South Africa, in October will see vibrant, young leaders under 30 years old gathered to share ideas.

Kirk Hamilton, a 27-year-old entrepreneur and Jamaican native, wants to be one of the candidates.

"My generation has experienced a deficit in leadership. I want to be part of that group of individuals who are going to make a difference," said Hamilton.

At the summit, young, global leaders collaborate on ideas to make businesses and the world better. The summit has seen presentations from a number of world leaders including Kofi Anan and President Bill Clinton.

Hamilton, who is a partner in a private investment company, Keystone Augusta in Orlando, Florida, was nominated by a friend from Barbados. He is currently attempting to secure funding for the summit.

"I've started a crowd-funding opportunity online," said Hamilton of one of the options he is exploring. The crowd-funding campaign has raised US$750 thus far towards covering the trip's expenses of approximately US$,8000.

"I believe my participation in the One Young World programme will serve as an important networking/ enlightenment platform and incredible learning experience," he said. "I thoroughly enjoy meeting new people from various backgrounds, hearing their remarkable, inspiring stories of overcoming trials and achieving success."

Hamilton said he is looking forward to making new global connections, sharing ideas with like-minded individuals, and having access to both youth and veteran leaders who are intent on making a positive impact on the ever-changing world.

Hamilton has big plans for his and Jamaica's future. He is interested in the potential of holistic sustainable development and renewable energy in the Caribbean and other developing countries, movements which have been slow to gain momentum despite the territory's suitability and urgent need for energy independence.

"I intend to fuse my creative and business backgrounds in developing lifestyle-oriented, carbon-neutral communities facilitated through a private equity fund providing access to local investors," said Hamilton. "Using the hospitality sector as a catalyst, I am positive a spillover effect will occur as we tend to look at this industry as a leader of progression," he said.

Hamilton was born in Jamaica. His family migrated to Barbados when he was 13. He eventually moved to the United States - where he spends most of his time - for college, but he still considers Jamaica home.

"I am interested in sustainable wealth creation and preservation for island nations," he said. "As a successful business leader, I intend to become an active and effective global activist, championing and empowering people to seize opportunities and live their dreams."

The summit will help Hamilton achieve his goals, and he has no doubt he will get there. Although faced with few funding options, he believes that with the help of corporate Jamaica and individuals willing to contribute, he will make it.

To contribute to the crowd funding campaign follow the link: