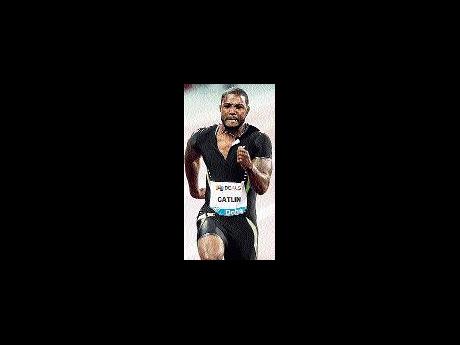 A plea for caution has come from the most unlikely places, urging Jamaicans to slow condemnation of countrymen and women who test positive for banned substances, as false accusations can cause deep damage to families and athletes.

Willie Gatlin, father of the Justin Gatlin - the United States' (US) biggest threat to Jamaica's expected dominance in men's sprint events at the IAAF World Championships in Athletics (WCA) here - believes fans should allow the investigating process to be completed before passing judgement on athletes accused of violating the rules. He said after his son Justin tested positive in April 2006, his family went through a horrible experience, bearing the brunt of humiliation.

"It was really tough," Gatlin senior said after arriving here to watch his son compete for the United States in the 100 metres and 4x100 metres relay.

"I think it was tough on us as parents than it was on Justin, because Justin, he knew he didn't do anything. He was set up, so to speak.

"The people who speak about it, they don't really know the inside scoop as we did, because we were there from the beginning to the end.

"We went all the way to the highest court of arbitration for sports. So there was a lot of stuff that came out that was never mentioned and a lot of people don't know about it."

"I cannot account for these results, because I have never knowingly used any banned substance or authorised anyone to administer such a substance to me," the sprinter said at the time.

But the former Olympic and World sprint champion was banned for four years and viewed as a cheater.

Jamaica is now facing a similar dilemma. In 2013, six Jamaicans, including big names such as Veronica Campbell-Brown, Asafa Powell and Sherone Simpson, have tested positive for banned substances.

However, Gatlin senior said Jamaicans should be careful not to judge them before the circumstances in each case have been properly investigated, as it could cause prolonged damage. That includes soiling the premier events in track and field, such as the heated sprint rivalry between Jamaica and the US, which he expects to be just as competitive here without Campbell-Brown, Simpson and Powell, plus Tyson Gay of the US, who also tested positive.

"Jamaica has up-and-coming new stars," said Gatlin senior, an avid track fan. "I've watched some of the other guys run, (Kemar) Bailey-Cole and (Warren) Weir in the 200. Those guys have a lot of potential. The sprint rivalry is gonna continue and I like that about it."

He picked the U.S. to triumph. Gatlin beat Bolt in the 100 metres at a Golden Gala meet earlier in June, the superstar's only meaningful loss of the year, and the father believes his son may have figured out a plan to knock down the 100 and 200 metres world record holder.

"(Justin) is expecting to give (Bolt) a real heavy competition in this meet," he said. "He noticed some flaws (Bolt) had in the Rome meet that let him beat Bolt. So he's ... hoping he can beat Bolt again, here in Moscow."