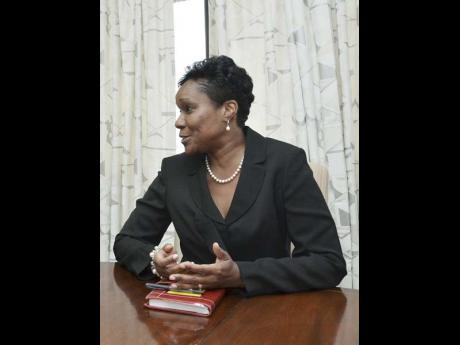 FOLLOWING THE establishment of an embassy in Brazil last year, the Jamaican Government is indicating that it is moving post-haste to ensure that the country is able to capitalise on tourism and investment opportunities served up by the South American nation.

Alison Stone Roofe, Jamaica's ambassador to Brazil, has noted that Brazil continues to experience real economic growth, adding that with a population of 200 million that recognises Jamaica as a great brand, the possibilities for the island are endless.

"Real benefits can accrue if we are focused and relentless. The Brazilian middle class is growing, as is their spending power," the ambassador told The Gleaner via email yesterday.

Brazil has the sixth-largest economy by nominal GDP in the world and seventh-largest by purchasing power parity.

The ambassador noted that the Caribbean remained uncharted territory for many Brazilians and urged that Jamaicans put themselves in a position to take advantage of the market.

"Jamaica must respond by learning the Portuguese language, selling the market, and putting in the necessary infrastructure to make Brazilians see Jamaica as a viable option for a holiday," Stone Roofe said.

Yesterday, the foreign ministry revealed that plans had been put in place for an eight-member Brazilian press corps, representing prominent newspapers, magazines, and websites of sizeable audiences from major Brazilian cities, to tour the island.

The press team will be in Jamaica from August 22 to 27 on a trip sponsored by COPA Airlines. The Jamaica Tourist Board (JTB) will be providing logistical support.

"We are confident that there is good potential, hence the push to deepen our relations with Brazil and to open an embassy here in Brasilia one year ago with the primary focus being the promotion of trade and investment opportunities, building cultural ties, and establishing greater links for technical cooperation between both countries," Stone Roofe said.

She told The Gleaner that the JTB had been working hard on the South America market and had targeted Brazil. She also said the Jamaica-Brazil Chamber of Commerce, Industry, and Tourism was hoping to assist in this effort.