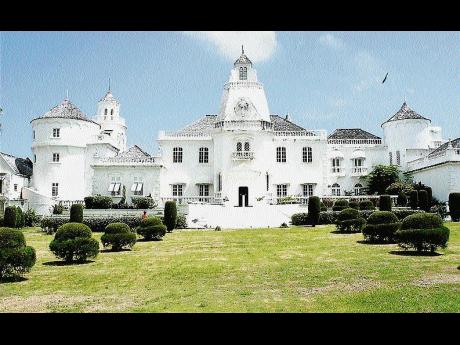 In June, Red Bull held its executive marketing retreat at the very upmarket Trident hotel in Portland. Various companies and organisations, I imagine, do their business retreats at various Jamaican hotel properties, but the Red Bull event was somewhat different and special.

Red Bull is hot. It has its own Formula I (FI) racing team and the number one FI racing car driver in the world - Sebastian Vettel.

The German, born on July 3, 1987, is the youngest Grand Prix winner - Italian GP in 2008 - and at 25 years old he drove himself into the 'ultra-exclusive triumvirate of drivers who have claimed three FI championships in a row, alongside the legendary Juan Manuel Fangio and the [incomparable] Michael Schumacher'.

Red Bull is very hot and it thinks Jamaica is 'cool'.

Regarding Jamaica's state of cool, Red Bull may actually be joining an internationally recognised bandwagon. A recent CNN poll found Jamaica to be the third coolest country of the 14 in its survey. We were beaten by Singapore at No. 2, and Brazil, which topped the list.

The especially good part about Red Bull's recognition of our state of cool is that it's bullish about it, and has posted a very complimentary and attractive five minute-and-thirty-eight-second video of their Jamaican retreat experiences, and the glamorous Trident hotel, on YouTube.

The green, black and gold of the Jamaican colours were ubiquitous in the video, and there was a dramatic back view of Usain Bolt's shoulders with the profile of his face fronted by the full Jamaican flag, topped with the words 'The Home of the Legend' emblazoned on one full screen of the Red Bull YouTube video.

Apart from showing the very elegant and newly upgraded grounds, pools, public areas and rooms of the Trident, the video featured ample amounts of Jamaican music. Participants from all over the Red Bull universe were shown running in a race that taught competitive and other business lessons, properly coordinated by an authentic Jamaican sprint coach.

When Michael Lee-Chin bought National Commercial Bank in March 2002, nobody wanted it. A very prominent and wealthy businessman confessed to me last week that he was practically beseeched by former finance minister Dr Omar Davies to buy NCB. He and his partner decided against it.

There were other Jamaican businessmen like him. I am very aware that some in Lee-Chin's closest council advised him against buying a bank in a crime-infested and poorly governed country.

Lee-Chin has little appetite for management, but I have met few men who have his insight for a deal and the stomach and backbone - and the depth of pocket - to pull the trigger at the right time to strike deals.

He did it with NCB, Kingston Wharves and the Mutual Life towers - now NCB Towers - on Oxford Road in Kingston. And those are just a couple in Jamaica. He has done the same in the Dominican Republic, India and all over North America.

The deals have paid off well, but NCB has done so handsomely to reach a profit peak of $13.8 billion in 2011, and in the process overtaking the perennially number one bank in the country - Scotiabank. This year, NDX and bad loans fostered by an ever-shrinking economy have pulled back NCB's profits. Still, it has the biggest asset book among our banks and is coming from near technical bankruptcy.

The reconstructed Trident is proving to be a magnet for the rich and famous and its success is bringing back to Port Antonio some of the glamour that made it the first tourist capital of Jamaica.

This past week, the venerable and expensively renewed Trident hotel has been awarded five-star status by Expedia, which is the largest travel reservation system in America. The Trident is one of only two five-star hotels in Jamaica; the other is the Iberostar Grand Rose Hall All-Inclusive in Montego Bay.

The Red Bull video on Trident and Jamaica; Expedia's newly announced five-star rating of the Trident hotel; the quiet visits of celebrities to the Trident of the likes of Beyoncé's sister, star singer Solange (the hotel, by agreement, is unable to release the names of its celebrity guests); the heroic performances of gold medal winners Usain Bolt and Shelly-Ann Fraser-Pryce, as well as bronze medallist Nesta Carter at the World Championships in Moscow; the constant gorgeous refrain of Bob Marley's music in the Luzhniki Stadium and hundreds of Russians wearing Jamaican flags for world television, YouTube, and social media to rebroadcast, have put the country in a very positive international place.

Minister of Tourism Dr Wykeham McNeill must be very pleased with this kind of excellent and positive exposure in one of his newest markets - Russia. However, as Maurice Wilson, Jamaica's technical leader at the Moscow games, has cautioned, we should not take the World Championships success for granted. Nor should we take the Trident accolades as natural or a given. Wilson warns that we must nurture our young and current athletes. So, too, must we - people and especially the Government - nurture our tourism and other hard-currency earners in our fledgling economy.

To keep the positives coming, and earn hard currency to improve the welfare of our citizens and have a fighting change of paying off our huge debts, the Government must move quickly - like our ace sprinters - to address our fossil and renewable energy fiasco policy and our US$2.5-billion annual spend, go radical and fix our inefficient government apparatus, and use knowledge as the engine of growth in our economy.

Good management and discipline in government and the private sector, as shown in the Trident and athletic achievement stories, increase the positives in our economy and society.