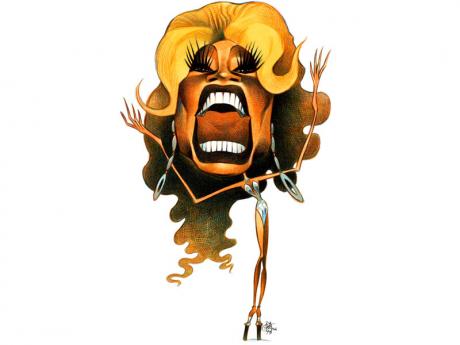 Every man has a right to defend himself and his rights, and no one, whatever be his sexual orientation, has the right to violate the right and space of another.

Just last week, I was confronted by a group of black female sociologists at the annual conference of the Association of Black Sociologists in New York and had to be defending Jamaica against the perception that we are the most homophobic country in the world, and that gays are in mortal fear, walking around, with targets brightly tattooed on their backs.

Of course, my first argument was that the term 'homophobia' is misleading because it is an inaccurate expression introduced in the 1970s by gay psychologist George Weinberg, who argued, '"... It was a fear of homosexuals which seemed to be associated with a fear of contagion ... ."

Thus, apart from the fact that the term is inaccurate and sociologists should know better than to use it, terminologies such as 'gay-hostile' or 'anti-gay' might be more useful. Nevertheless, my contention was that just as we have exaggerated the police killings of civilians and labelled all of them, including the non-controversial ones, 'extrajudicial', the country was getting a bad rap.

Nevertheless, it didn't help that 17-year-old-cross dresser Dwayne Jones was murdered by a mob in Montego Bay, when he was discovered to have been masquerading as a woman, and allegedly dancing with men. Immediately, I mourned this senseless killing, as I do, when other young men are slain for myriad motives.

Similarly, tears come to my eyes when police reports come in and young men are killed under circumstances which even the Police High Command must be incredulous over. Worse of all, I never support mob executions, even when the 'criminal' just killed his wife and child.

Yet, I had just returned from a country where young Trayvon Martin died at the hands of neighbourhood-watch vigilante George Zimmerman and, amazingly, was acquitted by a 'jury of his peers'. It was one of the big themes of the conference, and Martin was portrayed as a victim through and through. The 17-year-old black youth, was walking through a 'white neighbourhood' around 7 p.m., and was wearing a hoodie. It was relatively dark and he was covered up like a typical Jamaican ghetto, 'bleachas', and his identity would not have been apparent.

Zimmerman accosted him against the instructions of the 911 police operator, and a conflict ensued, with the white zealot getting 'minority' bruises and the youth being shot dead. Under a Florida statute, commonly called the 'stand your ground law', if one feels threatened, one has the right to defend himself. Zimmerman was deemed to have acted in self-defence under American legislation and thus was free, with blood on his hands.

Nonetheless, throwing a cat among the pigeons, I asked the conference, "What would you feel if each of you were alone in your neighbourhood and an unfamiliar male, with face obscured, was walking in a lonely part of your community and you were alone there?" What would you think of such a person? Would you feel fear? I ask you right now the same question. I know what my honest answer would be.

Now, I agree that Zimmerman should have remained in his car and not followed the boy, but tell me: Did he have a right to feel suspicious? Was he reasonable to 'pree' the youth? In Jamaica, we don't have a 'stand your ground' law, but case law allows one to use proportionate force to defend oneself. But what does that have to do with Jamaica and gays?

Well, a few hours fresh from my arrival from the 'Big Apple', I was buying gas in one of my regular service stations, and what happened next was a Total shock to me. Going about my business, my eyes were assaulted by a car full of the ugliest set of women God must have created. Six grotesquely made-up men, with face foundation thick like a politician's skull, eyeshadow and eyeliner bought from the duco shop, fake eyelashes bigger than the bobo dread's broom and colours brighter than the Ras' cloth turban, began shouting expletives in my direction and at the pump attendant. For all the love I have for my mother, the instructions as to how I should demonstrate my affections towards her were deeply offensive, and thank God, they did not stop the car and confront me.

Let me make this clear: I was buying gas and would not have turned towards them if they were not making a racket. Now, follow this: If I am challenged by any other human who can present a credible threat to me, I am free to defend myself. If there are two or more against me, it is according to the Jamaican maxim, 'Two pon one ... .' But I guarantee that with a child and other loved ones to live for, I would not become the victim of literal gay-bashing.

These men, dressed as women, were, in my view, breaking the law because they were obscuring their identity. Had I been menaced, it would have been assault at common law, and if any one of the four, and worse, if all four, had touched a button, it would have been battery. All I did was glance towards the ruckus and the men shouted a tirade of calumnious language and threats in my direction. Would I have been justified in 'standing my ground'?

As for the unfortunate murder of the MoBay youth, I cry for his family. Yet, I ask, did he simply dress like a girl and gyrate on his boyfriend? If that is the case, there was absolutely no basis for anything except disgust. However, did he pass himself as a woman and rub up on straight men?

While I cannot justify the killing, I ask the homophile and heterosexual human-rights activists: Do you know that under the Sexual Offences Act, any kind of sensual contact against one's will is assault? Do you know that getting sexual favours or some approximation of it by fraud puts the perpetrator on a rape path? Do you know that pretending to be someone else in order to gain sexual access to another person is both assault and rape, depending on how far one gets? Most important, what would you feel and do if someone of your sex tricked you into some degree of intimacy?

As with the Martin case, I don't know all the facts. Witnesses in the murder of Jones have not come forward. Nevertheless, as with other murders, the police will investigate, and assuming that the accused aren't bleached, wear fake hair, have lots of monetary resources; the truth will come out in court.

In the meantime, I am taking this opportunity to speak to the gay community and other activists to advise their margin gatherer to desist from initiating conflict because, despite their resemblance to visitors from the grave, duppy might not know who fi frighten next.