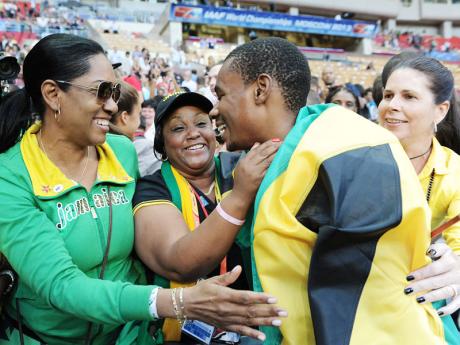 IAAF president Lamine Diack has put his stamp of approval on Jamaica's seriousness towards the anti-doping efforts and the credibility of the system, this according to Natalie Neita-Headley, minister with responsibility for sports in Jamaica.

Neita-Headley also used the opportunity to get the president's views on upgrading the IAAF World Challenge Series certified Jamaica International Invitational meet as part of the lucrative Diamond League circuit.

The minister along, with the Jamaica Athletics Administrative Association top brass, has also been holding meetings with officials from other national athletics associations such as the French and Kenyan bodies, with a view of forging new partnerships and strengthening old ones.

The island's anti-doping mechanism and efforts have been the subject of much discussion recently following failed drugs tests by several of Jamaica's top athletes and the sentiments of some observers that the island was still not doing enough to catch cheats.

However, Neita-Headley, who met with Diack last week, during her trip to Moscow for the IAAF World Championships in Athletics, said that the track and field boss is satisfied and heartened by Jamaica's efforts and that there are also discussions for greater collaboration with the sport's governing body.

"I met with the president of the IAAF last Monday and gave him certain reassurances as a country. He was heartened by the fact that Jamaica has a credible testing programme and that the testing of the last athletes who returned adverse analytical findings was done in Jamaica. So any thoughts of any cover-ups is ludicrous, we have been doing the testing ourselves and we will continue on that path," Neita-Headley said.

"I also discussed with him a collaboration with the IAAF to enhance our programme of education as it relates to anti-doping in Jamaica. I also discussed Jamaica's intention to host a Diamond League in the future and what were his thoughts on it," Neita-Headley noted. "It was a very fruitful discussion and he is one who is very convinced, having been there when Jamaica hosted the World Juniors, he is very impressed with our ability to host international events."

The minister also underlined that despite Jamaica's recent doping issues, the country has never had a culture of drug use in sport, a point she said Diack already agrees to.

"One of the things that he made clear, and what we are already convinced of, is that Jamaica's dominance in the sport and the sprints have not been overnight and is not something that someone can say is a three-year or five-year thing," said Neita-Headley.