Jamaica on top of sprinting world 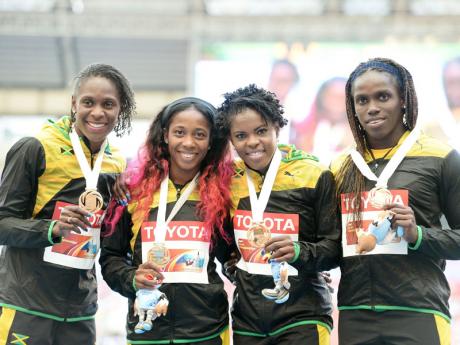 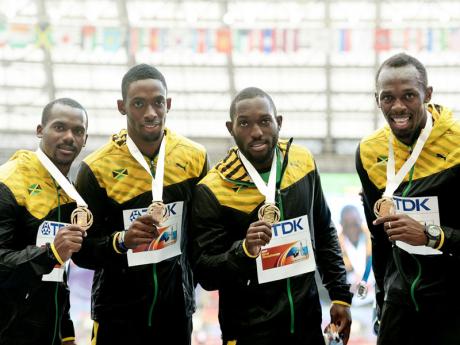 The debate is dead! In the fight to determine the official sprint capital of the world, Jamaica scored a decisive knockout over arch-rival United States (US) and the rest of the globe at the 2013 World Championships in Athletics (WCA) here, adding an exclamation point yesterday (August 18) with two more gold medals in the relays.

With a perfect haul of six out of six gold in men's and women's 100, 200 and 4x100 metres at the WCA, Jamaica left no doubt who's boss in track and field's glamour events.

"We continue to (dominate)," said Usain Bolt, who won gold in the 100 and 200 and also anchored the relay. "We really stepped up our game."

None here could contest that argument. While reluctant to exclude the 100 and 110 metres hurdles, plus the 400 from the sprint classification, events in which the US excelled here, former Trinidad and Tobago star sprinter Ato Boldon conceded Jamaica is an overwhelming force.

But the road to the sprint pinnacle required shaking off an ominous red, white and blue shadow.

"A time before a lot of persons thought it was all about the United States, and other teams lining up in races with the United States got nervous," said Shelly-Ann Fraser-Pryce, like Bolt a triple sprint gold medallist here.

"But for us, you know, we realised that from 2008, when we started to win, we know that we are good as well ... . We recognise that we within ourselves are champions as well. It doesn't matter who or what country lines up in any lane."

The significance of Jamaica's emergence over the last decade, to stand alone atop the sprint podium, was not lost on competitors here.

"Jamaicans are far ahead," said Martin Keller, who anchored the German team in the 4x100 final.

Fastest in the world

The US has failed to dominate the sprints at global championships - Olympics Games and WCAs - for a while. Since the 2000 Olympics, Jamaica has swept by the Americans in total medals in the sprints, which decide who's the fastest in the world.

In the Olympics, staged every four years, Jamaica has accumulated 26 sprint medals overall to 20 by the US since 2000.

In the WCA, every two years, the overall margin has favoured the US - 34 to 32 - since 2003. However, Jamaica, including this year's WCA, have dominated recent clashes. The US won five of six sprints at WCA 2005 and 2007, but Jamaica has won the gold medal battle 15 to three since.

Now US prospects of bouncing back anytime soon appear slim. Jamaica boasts a strong stable of young male and female sprinters. Bolt and Fraser-Pryce are both 26 and still at their peak. Yohan Blake, 23, is the 100 metres champion at WCA 2011.

Also present here were Nesta Carter, Kemar Bailey-Cole and Nickel Ashmeade, all who made the WCA 100 metre final, where Carter won bronze. Ashmeade qualified for the 200 final, along with Warren Weir, the silver medallist in that event. Bailey-Cole, is 21, Ashmeade and Weir 23.

Yet, despite drawing blank on gold here, the Americans appear unwilling to concede total sprint dominance to Jamaica.

"No, not necessarily," said Justin Gatlin, who placed second in the 100 and anchored the Americans to silver in the 4x100.

But others believe the Americans' sprint cupboard is getting bare.

"The US is running out of talent in the sprints," said Boldon.

"I think that's clear," said T&T sprinter Richard Thompson. "(Jamaica) have a whole bunch of others who can do things."

The light at the end of the tunnel for the US, and other nations, may just be an oncoming Jamaican sprint train.