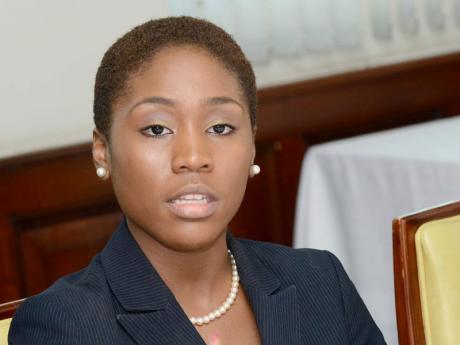 Samuels: There are a lot of persons who have invested time and effort in getting their faces out there. 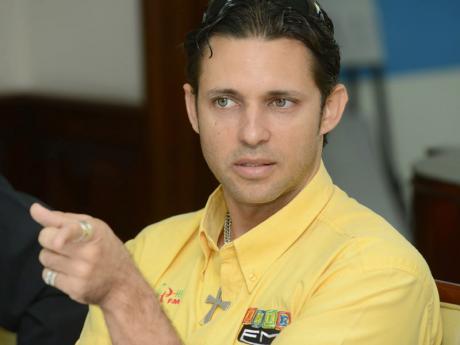 Schmidt: Don't use images unless you have paid for the rights. 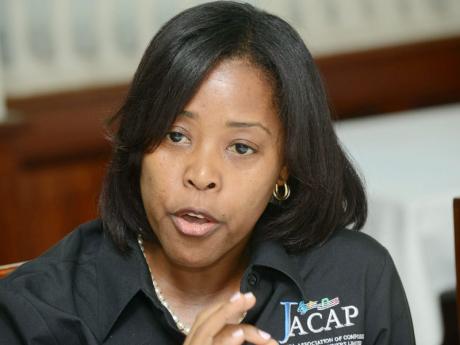 Rose: Just like music, the athletes' image is part of their intangible intellectual property. 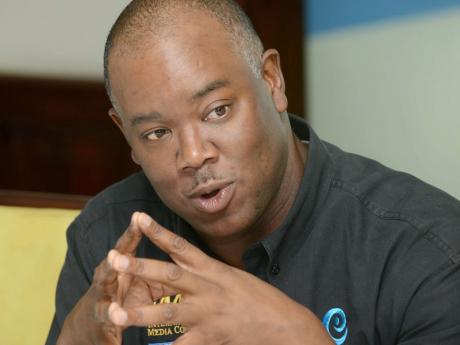 McIntosh: You can't just pick up somebody's face or name and say congratulations and think that is okay.
1
2
3
4

Caught up in the euphoria of Jamaica's outstanding performance at the just-concluded IAAF World Championships in Moscow, Russia, Jamaicans have emblazoned the images of the star athletes on T-shirts, books, walls, and even congratulatory advertisements in the media.

But major players in local media and copyright organisations yesterday used a Gleaner Editors' Forum to warn that persons could face serious trouble for using these images without the express permission of the athletes.

"You can't just pick up somebody's face or name and say congratulations and think that is okay because we are in this euphoria of celebrating a victory," said Oliver McIntosh, president and chief executive officer of local cable content provider, SportsMax.

"There needs to be a better understanding of intellectual property as it relates to a person's image and the usage of that image," McIntosh told Gleaner editors

and reporters at the company's North Street offices in central Kingston.

"Don't use images unless you have paid for the rights. End of story," declared Schmidt, marketing manager of local radio station Irie FM.

The images of athletes are protected under the right of publicity, which allows a person to control the commercial value and exploitation of their name, voice or likeness.

But this is often ignored in Jamaica, and attorney-at-law Yana Samuels of the law firm Samuda & Johnson added her concerns as she noted that any misuse of an athlete's image infringes on the rights of that athlete, as well as others who helped to create such value.

"The value of an athlete's image is wrapped up in the time and effort that he or she has expended to build his or her reputation ... . There are a lot of persons who have invested time and effort in getting their faces out there," noted Samuels.

For general manager of the Jamaica Association of Composers, Authors and Publishers, Lydia Rose, the misuse of athletes' images reflects the lack of awareness on copyright issues in Jamaica.

"Just like music, the athletes' image is part of their intangible intellectual property, that bundle that they have to sell with themselves as raw material, and they need to earn from it ... ."

A similar message came from Evon Mullings, an economist and general manager at the Jamaica Music Society, which is an independent, non-profit performance-rights organisation that represents a wide range of sound recording copyright holders.

"Intellectual property in music or image is a form of property, and somebody owns the rights to that image and that right should be respected," declared Mullings.