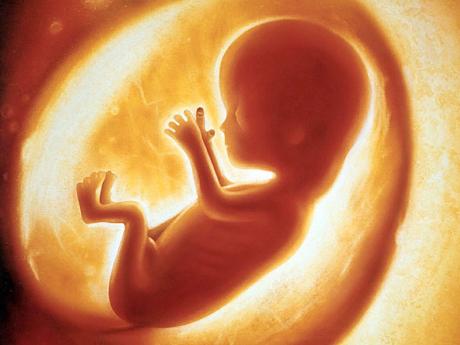 There has been some discussion in political and public domains regarding the legalisation of abortion. Most recently, these have been spurred by comments made by the minister of youth and culture, Lisa Hanna, during the 2013 Sectoral Debate. Based on these comments, as well as those submitted by Dr Maziki Thame, a colleague in the Department of Government (see Sunday Gleaner dated August 4, 2013, p. F4), I wish to offer some alternative viewpoints, referencing current international and local practice and legislation.

It should first be noted that as at 2011, there were 58 countries in the world where abortion is legal without restrictions as to reason. This is the most liberal form of abortion law. At the other end of the continuum is total prohibition of abortion (see report of the Advisory Group on Abortion Policy Review http://www.japarliament.gov.jm/attachments/375_Abortion%20Policy%20Revie...).

Notwithstanding, in several of these contexts where abortion is legal without restriction, there are limitations on the 'right' to abortion, including prescribed gestational limits, proscriptions against sex-selective abortion, and the requirement for parental or spousal authorisation. Thus, in the Caribbean, for example, Cuba requires parental authorisation for minors seeking termination of pregnancies.

In other countries, abortion may be outlawed, but is allowed to save a woman's life, to preserve the woman's physical and/or mental health, or for socio-economic reasons. A map categorising countries' abortion laws is provided by the Centre for Reproductive Rights at the following website: http://reproductiverights.org/sites/crr.civicactions.net/files/documents....

We note that Jamaica is listed among those countries that allow abortion to preserve health, which includes saving the life of the mother. This 'permission' stems from English common law, which Jamaica observes as a Commonwealth state, and follows from a 1938 decision in the Rex v Bourne case to permit abortion for health reasons.

The UN Population Division (2002), however, notes, in a policy review of abortion law in Jamaica, that lack of legal protection of physicians who perform abortions makes doctors hesitant to engage in such procedures. This view corroborates that previously advanced in a ministry paper (Ministry Paper No. 1) by then minister of health, Dr Kenneth McNeill, in 1975.

Based on the above, three points can be made:

1. (Even) legal abortion has some limitations based on respective jurisdictions, a point I believe is not highlighted enough in discussions;

2. In Jamaica, abortion is lawful (permissible) on medical grounds; what is proscribed in Jamaica is abortion on demand;

3. If abortion is to be legalised in Jamaica, that is, if the statutory law which currently prohibits abortion is to be amended (the Offences Against the Persons Act, specifically Sections 72 and 73), due consideration is to be given as to how comprehensive the reforms will be. Will Jamaica move to enshrine current grounds on which abortion is permitted into national law (as per recommendations outlined in the 1975 ministry paper), thus freeing physicians of the possibility of criminal sanction for performing abortions? Will Jamaica allow abortions for socio-economic reasons? Or will Jamaica allow abortions without restrictions as to reason?

I also agree with Dr Thame that Minister Hanna's rhetoric missed the mark in light of the correlation between a reduction in crime and legalisation of abortion, as well as the prioritisation of the fiscal costs to the Government of providing for children in the care of the State. Indeed, the latter comment undermines the role of the State as protector of all children - whether abortion is an option or not.

I further suggest that the minister's comments were not sufficiently comprehensive to open up the debate on the nature of the path towards legalisation, if indeed there is to be one. It is, in fact, much deeper than cost imperatives, and also involves a number of moral considerations.

However, I depart from Dr Thame in one key respect. She implies that the right to choose abortion is a human right of women. This is a moot point, which is at the crux of the pro-choice/pro-life debate. However, in a review of international treaties and customary law, Tozzi (2010) notes that there is no international treaty which recognises the right to abortion. On the converse, several treaties (to which Jamaica is party) recognise the right to life, which, based on legal interpretation, includes the right to life of the unborn child. Tozzi highlights the following provisions:

"[E]very human being has the inherent right to life. This right shall be protected by law. No one shall be arbitrarily deprived of his life." (International Covenant on Civil and Political Rights, Article 6.1)

"Sentence of death shall not be imposed for crimes committed by persons below 18 years of age and shall not be carried out on pregnant women." (International Covenant on Civil and Political Rights, Article 6.5)

"[E]very child has the inherent right to life ... . State parties shall ensure ... the survival and development of the child." (Convention on the Rights of the Child, Article 6)

"Everyone has the right to life." (United Nations Declaration on Human Rights, Article 3)

Tozzi further points out that as no international law recognises the 'right' to abortion, any provisions which are to be made to legalise abortion must be done at the national level, through amendments to existing legislation.

What obtains, therefore, in national jurisdictions is a tension between the right to autonomy (which some have taken to include decisions regarding abortion) and the right to life. Should the woman's right to decide to have an abortion supersede the right to life of her unborn child?

That the Charter of Fundamental Rights and Freedom for Jamaica indicates that "nothing contained in, or done under, the authority of any law in force immediately before the commencement of the Charter of Fundamental Rights and Freedoms (Constitutional Amendment) Act 2011, [...] shall be held to be inconsistent with or in contravention of the provisions of this Chapter" - and this includes offences regarding the life of the unborn - suggests that this question has, in part, been answered.

Legalising abortion in Jamaica would, therefore, also entail reconsideration of this provision within the Charter of Fundamental Rights and Freedoms.

A related point is that one's exercise of a right should not proscribe another's right(s). Should women's election of an abortion limit the right of an attending physician to refuse to perform such an abortion, for moral and/or religious reasons? What of the rights of the father of the child? How substantial is his claim to seek to protect the life of his unborn child?

In light of the foregoing, I believe extreme care is to be taken in the dialogue concerning the legalisation of abortion. This needs to be a holistic discussion which is informed by all stakeholders. It is, however, unfortunate that one of the largest stakeholders, the unborn child, is silent/silenced in this debate.

Finally, one comment about an aspect of the debate that has been mentioned otherwise, but which was not part of the minister's speech (as it falls under the purview of the Ministry of Health). The cost attendant with providing care for women who have undergone 'botched' abortions is also one of the factors motivating dialogue about reform of Jamaica's laws.

However, if one is to consider legalising abortion in response to this concern, one must also weight the following questions: How will the Government, through enforcement, seek to limit the activities of those who provide unorthodox methods to terminate pregnancies? Who will care for those women who should choose these unsafe alternatives?

Indeed, legalisation of abortion may reduce, but not eliminate, the numbers who choose to procure abortion through unorthodox methods. Moreover, even if conducted in safe and sterile environments, abortion, as with any medical surgery, entails risks to life and health.

The State may not have the right to jurisdiction over women's bodies, but it certainly has an obligation to protect the rights of women, unborn children, and the men who father them.

Natalie Dietrich Jones is a finalising PhD candidate at the University of Manchester, UK. She currently teaches international relations in the Department of Government at the UWI. Email feedback to columns@gleanerjm.com and natalie.dietrichjones@uwimona.edu.jm.