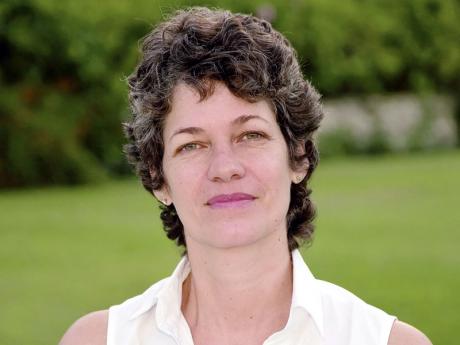 The Rev Garnett Roper, writing in The Sunday Gleaner of August 25, 2013, ('Goat Islands: ecology and economy') trots out the usual tired arguments with regard to national parks and protected areas - that they are just an attempt to secure a playground for "the idle rich". That they contribute nothing to the economy. That poverty is the greatest threat to the environment, the implication being if we secure full employment, no matter by what means, the environment will be just fine.

Rev Roper, a man with a bulldozer can do far more damage than a man with a machete. Yes, poor people do destroy the environment. But so do governments, local and foreign. And so do developers. Environmental destruction is not the sole purview of any class or economic group.

The idea of putting aside land for its natural attributes does have roots in elitism - many early protected areas were hunting reserves - as local people hunting for food were excluded while elites pursued their favourite game.

But it was American President Theodore Roosevelt, himself an avid hunter, who realised that some of America's most beautiful places were becoming enclaves for the rich and provided the impetus for declaring a system of national parks - places of extraordinary natural value to be protected in perpetuity for the pleasure of ordinary Americans. In 2011, 278 million people visited America's 401 protected areas.

It also became clear in the 19th century that human beings were capable of annihilating ecosystems and species, and this led to the idea that important natural resources had to be protected by law if they were not to be forever lost.

It is certainly true that there are still conflicts between local people using natural resources in protected areas and park managers seeking to ensure ecosystems remain functional. This does not, however, mean that national parks are a bad idea. It means greater creativity and understanding must be applied to find solutions for these conflicts.

To take just one example of the economic benefits of properly managed protected areas, there are roughly 4,000 fishers in the Portland Bight Protected Area. Their livelihoods depend on the fisheries being healthy - which they are not, even before the advent of any Goat Islands port.

"You see all these boats?" an Old Harbour fisher said to me Saturday, indicating many dozens of boats pulled up on the beach and moored in the shallows. "My father's one boat used to bring in more fish than all these boats put together."

It was the recognition of the threat to livelihoods that led the Government to declare fish sanctuaries in Jamaica - as a mechanism to improve fish stock. There are 14 fish sanctuaries around the island, protecting less than two per cent of Jamaica's marine space, but already, some of them are showing encouraging increases in fish stock and improvement in coral reef health.

If the Goat Islands port goes ahead, the people who will lose are the Old Harbour fishers and vendors. And they will not get jobs at the port.

Are protected areas places where development is by definition off the table? Of course not. Some 50,000 people live inside the boundaries of the Portland Bight Protected Area, and there are a host of industries. But development should never threaten the ecological heritage of all Jamaicans.