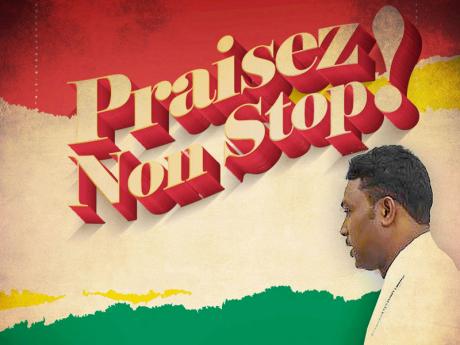 The younger brother of the legendary Super Cat, and who had carved his own significant niche in dancehall more than two decades ago with songs like Anerexol Body, Top Dog, and Drive-by Shooting, has a roots-rock album in the works and has released a new single described as his comeback tune, a song called Praisez Non Stop.

Produced by Lord High The Dadz and Frank Griz for Dadz of Daz Entertainment, Praisez Non Stop is being described as a spiritual and uplifting single with a great beat, incredible melodies and strong lyrics. The single follows another, called Here to do Jah Works, that was released earlier this year. The songs, he says, is a recognition that it was time to move in a different direction.

"I still deal with dancehall but man haffi clean up him ting 'cause is the Almighty we really a work for," he said in response to questions on whether he had become a Christian.

He said a video for Praisez Non Stop is currently in the works.

Junior Cat faded from the limelight but it was not for the lack of recording following his heyday when he was among the biggest names in dancehall with tunes like Cabin Stabbing with Junior Demus, Super Cat and the late Nicodemus, who passed in 1996. Cat released an album, Top Dog, in 1992. However, in the years following, not many of his songs got the kind of airplay that would have kept him in the limelight. He said sometimes he would be recording as many as 10 songs in any one month but the respective producers did not put the necessary support behind the songs that he feels would have made them into hits.

Among the songs he released over the last decade or so are Deportee in 2009 and Second Hand Don in 2010.

The album, which is due out in a few months, he says, has been in the works for about four or five years and is in its final stages of preparation. In keeping with his shift away from hardcore music, the album, titled Fight Back, will include songs of a more conscious nature. "It's going to be a roots/rock, one-drop album," he said. "Mainly laid-back music, reality and non-stop chanting."

The title, he said, speaks to the rough times he went through with his music while never thinking of giving up.

In the meantime, Junior Cat has been getting in a bit of acting as well. He reveals that he recently shot a movie in Canada with another legendary entertainer Louis Ranking. The movie is called We Run These Streets. There is no word yet on when the film is to be released.