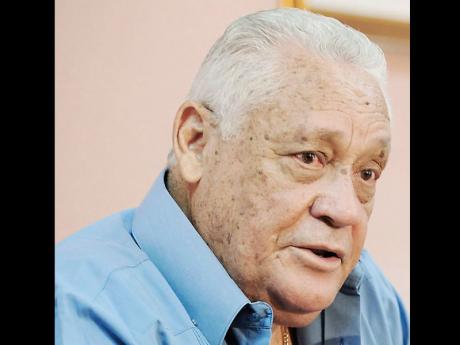 CREATOR OF the logistics-hub initiative, Mike Henry, has warned of the Goat Islands becoming a Chinese state should China Communications and Construction Company (CCCC) be given the opportunity to develop a port facility and logistics and industrial park there.

"If you are not going to build a bridge, you can develop it that your ships come in and you trans-ship and you have an enclave investment that is abstract to Jamaica," Henry told The Gleaner.

He argued that if the plan materialises and the Goat Islands are used by the Chinese, there would be a "non-natural link [which] would not benefit us as much as Jamaica wants".

The Goat Islands are located about three miles from Old Harbour, St Catherine.

"The Chinese are taking over in a way that will make us a Chinese colony. The Goat Islands things is an absolute no-no. It will become a gated community for China and you will not be able to pass through the land bridge without permission," Cole said.

Environment Minister Robert Pickersgill, while addressing the head of CCCC in Beijing, China, last week, noted that there are concerns about the proposal for the use of the lands.

"The preferred selection by your company as to where the logistics hub should be located is now under very serious consideration," Pickersgill told CCCC President Liu Qitao in China last week.

Pickersgill said meetings have been held with the National Environment and Planning Agency, and said "we are very aware" of the environmental concerns.

He later told The Gleaner that spatial planning is a critical approach in determining the extent to which development is accommodated in greenfield areas.

"In some instances, something will have to give," Pickersgill said,while noting that millions were spent to relocate endangered and protected species from Falmouth in Trelawny and the Palisadoes in Kingston.

But for Henry, "Once you enter the Portland Bight [Protected] Area, you are entering the most environmentally sensitive area like the Cockpit Country", and that should be avoided.