NO GAY RAGE - Homosexuals are not targeted for violent crime, say experts 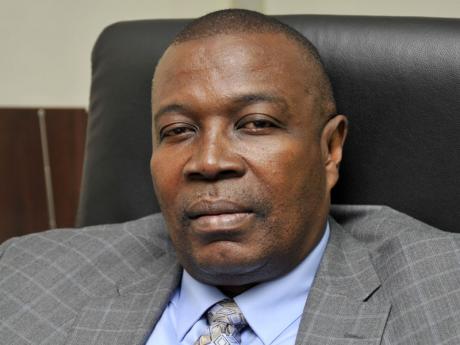 As various groups continue to decry violence against the lesbians, gays, bisexuals and transgender (LGBT) in Jamaica, Assistant Commissioner of Police Devon Watkis has declared that there is no evidence showing members of that community encountering higher violent incidents than other members of the public.

Watkis, who was also speaking against the background of the recent killing of Montego Bay cross-dresser, 17-year-old Dwayne Jones, says all investigations are taken seriously and there is no target group.

"Our numbers generally show that we have had some violence committed against the citizens of Jamaica, inclusive of all groups," he told The Gleaner.

"I have no specific evidence outside of those isolated ones, that this group is a target group as opposed to the ordinary citizen," he said.

Jamaica has been described by some human-rights groups as the most homophobic place on Earth because of a perceived high level of violent crime directed at LGBT people.

The United States Department of State said in 2012, that homophobia was widespread in the country, and through the songs and the behaviour of some musicians, the country's dancehall culture helped perpetuate homophobia.

In its Human Rights Report, the State Department said that during 2012, Jamaica Forum for Lesbians All-sexual and Gays received 68 reports of sexually motivated harassment or abuse, which included 53 cases of attempted or actual assault, including at least two killings and 15 reports of displacements.

Political sociologist at the University of the West Indies Professor Anthony Harriott believes that every Jamaican is susceptible to violence.

"From my ongoing study of homicides, I can say that there is nothing extraordinary about the killings of gays to the extent that one can discern from the information in the police records that the victim is gay.

"As it relates to other forms of violence such as beatings, I do not know, but from my observation there might be a tendency of advocates for gay rights to name all violence against gays as anti-gay and we have to be careful with that," he said.

He added: "I think there is a lot of loose talk in just lumping up all victimisation of people who happen to be gay as victimisation against gays. Truth is, I have encountered cases of murder where it is evident that it is as a result of one being gay, but those are few."

Meanwhile Watkis emphasised that everyone is entitled to their rights, but was quick to point out that responsibility is also critical.

"I won't dispute that there has been some cultural intolerance manifested in the public, but I have known individuals who have chosen that lifestyle but they have practised their choices with responsibility and as a result they have not been subjected to any major taboo from the citizens of Jamaica," he said.