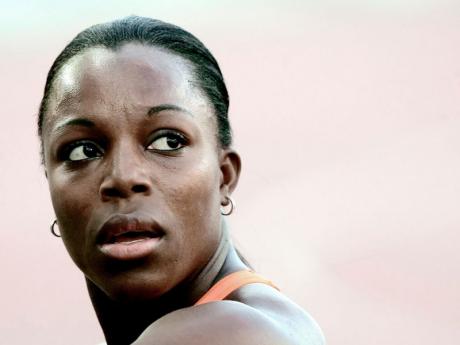 Veronica Campbell-Brown, one of Jamaica's most decorated athletes, is expected to face the Jamaica Athletics Administrative Association (JAAA) Disciplinary Panel today at a behind-closed-doors hearing into her positive drug test, which rocked the sporting world in June.

JAAA president Dr Warren Blake confirmed that the hearing will start today, but declined to comment when asked to explain the decision to prevent the presence of media personnel at the hearing, which in itself is a departure from the recent norm during doping cases presided over by the Jamaica Anti-Doping Disciplinary Panel.

"I have no comment on that," Blake said, who also did not confirm the location of the hearing.

This covert approach comes at a point when the country's anti-doping system is facing heavy scrutiny and criticism.

As earlier reported, the JAAA had been given the mandate to oversee the disciplinary hearing into the Campbell-Brown case by the international regulators, the IAAF, whose representative had overseen the doping control at the IAAF World Challenge classified Jamaica International Invitational meet at the National Stadium, where Campbell-Brown returned the adverse analytical finding of her 'A' sample.

Campbell-Brown, who has denied knowingly taking banned substances through a release issued by her agent, Claude Bryan, a few days after news of the doping case broke in June, had accepted a provisional suspension form the JAAA, resulting in her missing last month's IAAF World Championships in Athletics in Moscow.

"Veronica is not a cheat. She has, via hard work and dedication, accomplished a record on the track which is absolutely remarkable," read the release, which was sent to several media representatives on June 18.