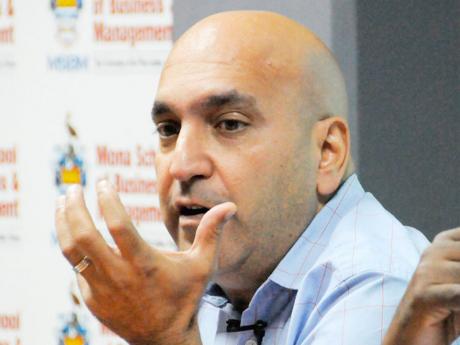 With the Partnership for Jamaica agreement now in place, the Private Sector Organisation of Jamaica (PSOJ) has suggested that the Government now turn its focus on transforming the island into a business-friendly destination.

Under the International Monetary Fund's (IMF) Extended Fund Facility, the growth strategy envisages reforms aimed at, among other things, boosting the efficiency of the tax system and enhancing the business climate.

According to the IMF's Country Report 13/126 on Jamaica, to improve the business climate, the Government intends to increase access to credit through a secured transactions framework; reduce transaction costs of commercial dispute resolution; streamline business registration processes; modernise its insolvency framework, and utilise electronic platforms to enhance cross-border transactions, as well as a range of measures to strengthen the micro, small and medium-size enterprises.

Improved efficiency in public-sector operations is also expected to boost growth prospects. In that regard, the Government envisages a reduction in bureaucracy through public-sector rationalisation, and fiscal reforms specifically to address the high cost of paying taxes, the report said.

Addressing a forum at the University of the West Indies last week, PSOJ President Christopher Zacca said Jamaica was not perceived, at this time, to be business friendly.

"Our ranking in the World Bank's annual ease of doing business survey globally consistently puts us at the bottom quartile of countries worldwide," he pointed out.

He argued that in a country where the Government has significantly cut back on expenditure and is, therefore, now relying on "investment by private people, both local and foreign, you cannot be at the bottom quartile of the ease of doing business."

Zacca said, "This means bureaucracy has to be made substantially more efficient and business friendly."

He added that "it also means that comprehensive tax reform with lower rates and a broader base is also a critical part of creating an enabling business environment for equitable growth."

In the meantime, he said the private-sector lobby has continued to advocate for changes and remained encouraged by Finance and Planning Minister Dr Peter Phillips' publicly stated "willingness to work with the private sector on this important issue," the PSOJ president said.