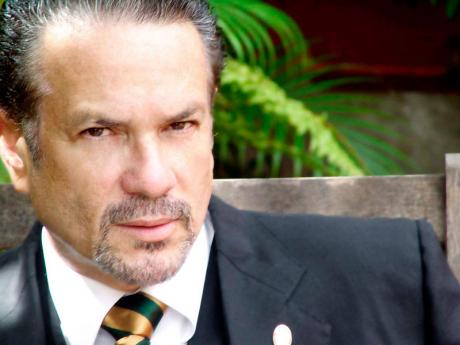 The intrigue which has engulfed the Jamaica Labour Party (JLP) has taken on an added twist with revelations emerging that the bulk of the delegates set to be registered this month for a likely leadership contest in November have failed to meet basic eligibility requirements.

The JLP's Legal and Constitutional Committee is scheduled to meet today to thrash out constitutional discrepancies which could throw the legitimacy of any electoral contest into question.

This latest conundrum comes less than a year after an injunction scare by plucky parliamentarian Everald Warmington in the lead-up to last year's nominations/elections for deputy leaders of the JLP.

SUMMONED TO TIDY UP AFFAIRS

With an increasing number of Labourites appearing to acknowledge that an electoral battle between incumbent Andrew Holness and likely challenger Audley Shaw is a certainty, the committee has taken on added significance in recent days.

It has been summoned to tidy up the constitutional mess created by delinquent constituency leaders.

"There are constitutional provisions to be complied with by every constituency, and the question is whether they are in compliance," disclosed one senior member of the JLP, who requested anonymity. "We have given urgency to the matter, and so a meeting is set for hearing [this] morning."

The committee was called on to correct constitutional breaches a year ago when Warmington brought heat on the party. At the time, the committee came to the rescue when it conceded then that "there were imperfections in the nominations of the deputy leaders for area councils One, Three and Four."

However, the legal minds argued, "The imperfections were procedural in nature and prejudiced no other person, and were cured by a resolution passed by the JLP All-Island General Council at its meeting on November 18, 2012."

Warmington argued that Desmond McKenzie, Shaw, and Dr Christopher Tufton were not properly nominated to be elected JLP deputy leader in area councils One, Three and Four, respectively.

The injunction was withdrawn at the eleventh hour.

This time around, it's a different story, as the bulk of the 63 constituencies and, by extension, the majority of the more than 5,000 delegates are in breach of Clause 19 of the JLP's constitution as they have not been duly registered with the secretariat.

But even as the legal minds set to work, there is more intrigue enveloping the fractious party. Tavares-Finson, a member of the Electoral Commission set up by the party to oversee internal elections, is suggesting that any opposition senators who object to Holness' leadership should step aside.

"Apart from Senator Robert Montague, who is chairman of the party and myself - the party nominees of the Electoral Commission who must remain non-partisan - all the other senators are 100 per cent in support of Andrew Holness, as they enjoy his confidence. Otherwise, it will be a betrayal. Wouldn't it?" he queried, rhetorically.

"I would not expect that Senator Montague, who is the chairman of the party, would express any view at all as to who he is supporting; indeed, neither would I, in my capacity as a member of the party's Electoral Commission," added Tavares-Finson.

He said eight opposition senators were appointed by Holness in his capacity of opposition leader, in accordance with Subsection 3 of Section 35 of the Constitution.

"These senators, therefore, represent the interest of the country and the party, as their appointment is within the purview of opposition leader under the Constitution," said Tavares-Finson, who is also a member of the JLP's Standing Committee and the party's nominee to the Electoral Commission of Jamaica.

"In this case, the existing eight opposition senators were appointed by Andrew Holness and, accordingly, would enjoy his confidence," Tavares-Finson argued.

"Presumably, if there is a new leader of the Opposition, these senators will resign, unless they are given assurances (retained) by the challenger," he said. "If there is a difficulty with the leader, I would imagine that such a senator would resign," he added.