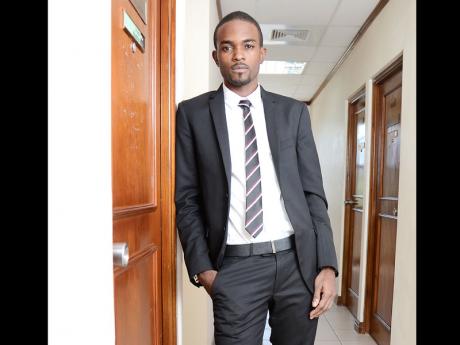 Why are the Goat Islands an issue?

THE GOVERNMENT of Jamaica, in collaboration with the Chinese government, has proposed to develop the Goat Islands as a part of a logistics centre in anticipation of the expansion of the Panama Canal by 2015.

However, environmentalists and other activists are adamant that the structure and position of the islands help to protect parts of Jamaica from hurricane and other natural disasters, which would make them inappropriate for such a logistic centre.

The islands are vital ecosystems, home to many endangered species of sea creatures and wildlife which, if disturbed, will have a severe effect on the environmental sustainability of Jamaica in the long run.

Furthermore, they argue that more than 4,000 fishermen rely on the area for survival, and their livelihoods will be affected if the Government decides to go along with the project in that particular area.

When did the Goat Islands become a protected area?

The Goat Islands are a part of the Portland Bight Protected Area (PBPA), which was declared a protected area on Friday, June 4, 1999 by Easton Douglas, the then minister of environment and housing.

According to a report by UNESCO, the announcement ceremony was chaired by Franklin McDonald, executive director of the Natural Resource Conservation Authority. The natural and human resources within the Portland Bight area was discussed by Peter Espeut, executive director of the Caribbean Coastal Area Management Foundation (CCAM), who outlined the management plans CCAM hopes to achieve while responsible for the protected Portland Bight area, including the Goat Islands.

Espeut outlined that the Portland Bight area, which contains the Goat Islands, has more than 50,000 people living there and many industries. Confidence was expressed in CCAM's ability to manage the PBPA and bring sustainable development and prosperity to the area.

Who will control the islands?

If the Government plans to lease the islands or any other designated area to the Chinese, the country must know the terms and conditions of the lease beforehand. How much money are the islands or the designated area being leased for? What are the proceeds from the lease going to be used for? Can the lease help to clear all or a portion of the country's debt? Who will control each activity relating to the hub, for example, will the Chinese be responsible for building the centre or area designated to deal with activities related to transportation, organisation, separation, while Jamaicans will be responsible for coordinating and distributing goods for national and international transit.

Who will own the centre in the long run?

Will the Chinese own all the buildings and/or the facilities of the hub? Or will Jamaicans and other investors be given the opportunity to lease or own any of the warehouses, storage areas, distribution centres, offices, trucking and shipping services.

What will the partnership agreement entail?

Remember, to ensure synergy and commercial consistency, it is best if the logistics hub is managed by a single neutral legal body, preferably under a partnership between Government and private interest. These are issues the country need to understand before the signing off of any agreement with the Chinese.

How will the country benefit from the hub?

The Government is presenting the logistics hub as the new Lord and Saviour. Research on logistics hubs of similar size to the one Jamaica can facilitate indicates that the hub itself will provide 4,000 jobs, the most. To lease the islands and destroy the livelihood of 4,000 fishermen and others, in an attempt to provide 4,000 new jobs, leaves the country at square one in terms of employment statistics.

The most important employment provider will not be the hub itself, but the subsidiary services provided around the hub, for example; entertainment, restaurants, hotels, etc.

This is why I am sceptical about building the hub on these Goat Islands, which are offshore. If what the environmentalists say is true, I do not support the use of the islands.