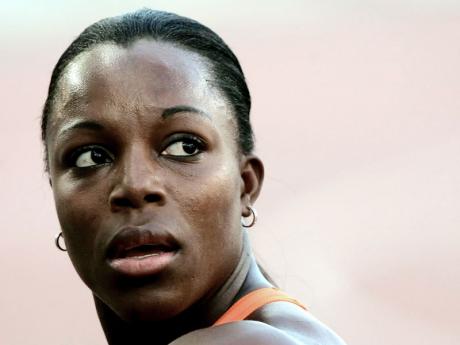 Chairman Lensley Wolfe, Dr Aggrey Irons and Lincoln Eatmon are expected to arrive at a final decision soon. This verdict will then be sent to the International Association of Athletics Federations (IAAF), along with full transcripts, for ratification by the international track and field authority.

The 31-year-old sprinter, one of the country's most decorated athletes in history, tested positive for a banned substance at the May 4 Jamaica International Invitational at the National Stadium.

Campbell-Brown, who was subsequently suspended provisionally by the JAAA, is represented by former Prime Minster P.J. Patterson and California-based attorney Howard Jacobs.

After a slow start - due to the absence of key documentation over the first two days of the hearing, in particular - things have generally progressed smoothly. According to information reaching The Gleaner, the site coordinator at the meet gave evidence yesterday.

Campbell-Brown has denied any wrongdoing and has made it clear, through her agent Claude Bryan, that she did not knowingly take any banned substances and has vowed to do everything she can to clear her name.

She is one of the most recognisable names in international track and field and is a hero of Jamaican sprinting, having won 16 medals at the Olympic and World Championships levels.

She was forced to miss last month's IAAF World Championships, where she would have defended the 200m title she won two years ago, because of her provisional suspension.

Meanwhile, the JAAA has sought to explain why it presided over this particular case.

In a release late last night, the JAAA said: "At this international (IAAF World Challenge Meet), the IAAF was the testing authority and the Jamaica Anti-Doping Commission was engaged as the sample-collection agency. The result management and disciplinary process falls under the aegis of the IAAF/JAAA, hence the empanelling of the association's Disciplinary Committee, headed by retired Chief Justice Lensley Wolfe.

"The decision by the Disciplinary Committee will be subject to review by the International Association of Athletics Federations," the release further read.